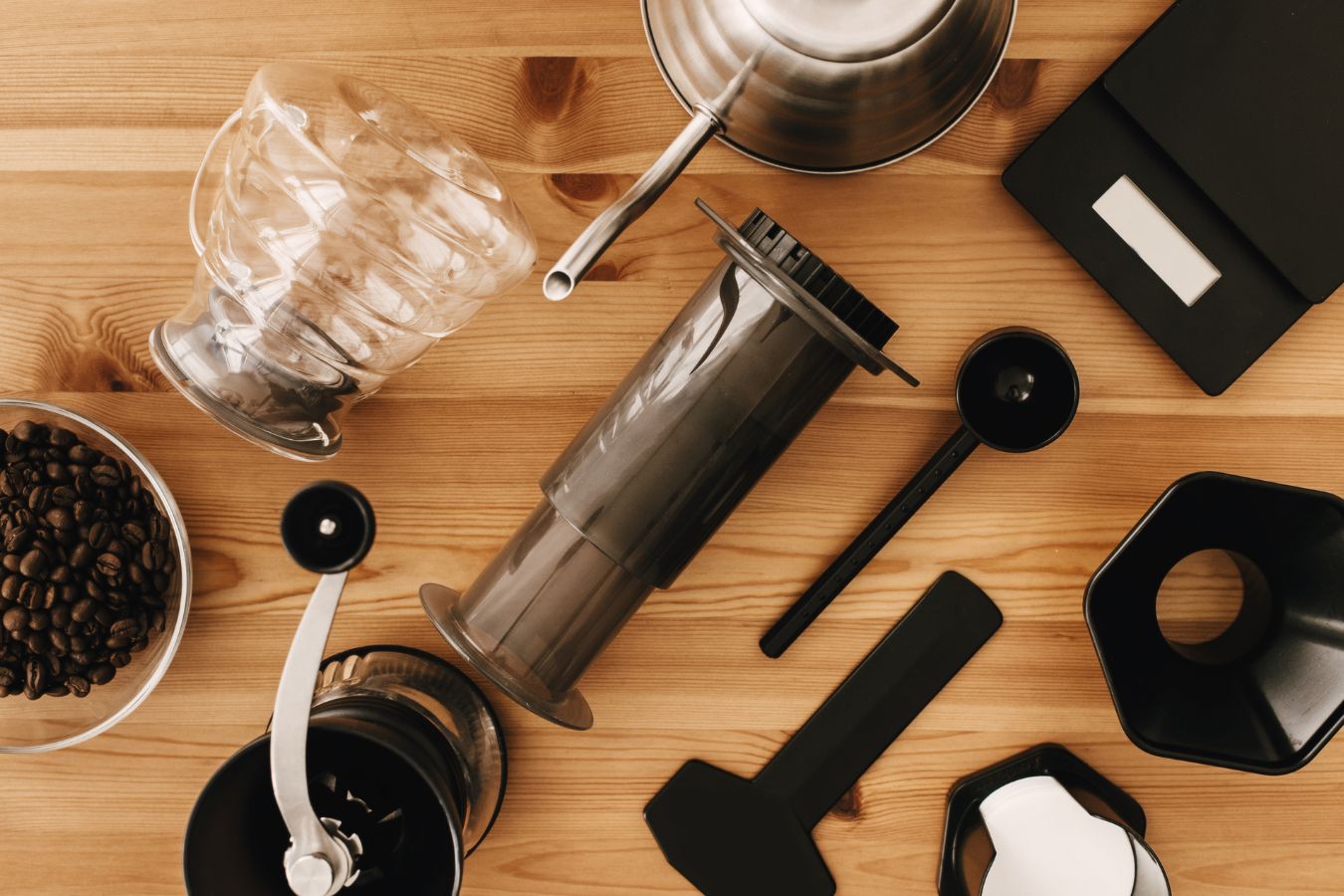 Aeropress vs. French Press is one of the brewers belonging to the Immersion group, a style of coffee making where people spend most of their time steeping their coffee in a specific volume of water. While French Press is a static immersion method, Aeropress requires extra pressure to complete the brewing process – we can think of it as pressurized immersion.

If, to assume that since French-Press and Aero-Press both have the word “Press” in their names, they do the same job! But don’t let their names fool you; these two brewers create markedly different coffee experiences. To start, we’ll compare the strengths and weaknesses of each brewer before deciding on a winner.

Why Aeropress vs FrenchPress?

There are many brewing methods, but they all follow a specific physical rule. We will divide them into four main groups of techniques for ease of coverage: Boiling like Turkish coffee. Coffee Racquet of Vietnam with the small filter got ( Percolation, also known as Drip ) method, we will have Vietnamese Phin, V60, or Chemex flask.

Methods of using pressure (Pressure) include Espresso. Warm Moka and average Siphon. Finally, we will have the immersion method ( immersion ) Aeropress vs. French Press.

Aeropress Vs French Press – Which Is Better?

Both have their strengths and weaknesses, but the Aeropress vs. French Press is very different dispensing devices. The best way to understand the points through some of the pros/cons is as follows:

T would be remiss not to mention the origins of these two names: French Press, a coffee industry veteran with a career spanning more than 80 years. To this day, the French Press is the most popular manual coffee maker globally (handground.com).

On the other hand, Aeropress is an emerging phenomenon in the coffee industry, having just celebrated its 10th birthday in 2015. In that short time, Aeropress has amassed an enormous fan following and a life of its own. International competition on concoctions.

Here we begin to delve deeper into what makes these two iconic dispensers different.

Along with French Press, Aeropress is one of the dispensing tools that allows users to customize many factors in the preparation process, from time, temperature, fineness, pressure. Due to the tight piston structure, the coffee extract differs depending on the force. Of course, the pressure cannot reach 9 bar like Espresso, but certainly, French Press can not equal.

Because of the advantage of tremendous pressure, Aeropress also accidentally allows users to shorten the time to soak coffee. Most coffees only need to steep for 90 seconds to bloom, with the rest already supported by pressure, compared to an average of 5 minutes on the French Press, which is an imposing number. Coffee will always be hot as if you make it from boiling water, not cool like French Press after waiting many minutes.

You don’t have to worry about extracting too quickly. The coffee won’t “release” all the flavor. Because as mentioned, for how long depends on the type of coffee and the taste you want to enjoy. The parameters are for reference only; of course, the coffee should not be left for too long to cool.

The difference in taste

More robust coffee is not necessarily better, and FrenchPress can make not all coffees. Since the FrenchPress uses a wire mesh piston that can let a lot of coffee residue through, the coffee needs to be ground as large as possible. Meanwhile, if you have Specialty Coffee, the coarse grinding seems “a bit regretful” maybe the coffee doesn’t release all the flavor?

And the Aeropress with the included filter paper will filter the coffee more thoroughly, less “ephemeral” in the cup; the taste is more balanced, smooth, and Clean than the French Press. So if you don’t like the coffee residue at the bottom of the glass, and want a clean taste, then the Aeropress is perfect for you.

Besides the taste, the experience is equally important; you should not be too concerned with the problem of FrenchPress coffee residue because, in the traditional Turkish Coffee method of the Turkish people, people boil the coffee together. With water without filtration.

That is not a big plus for true coffee lovers. But when compared to the plastic and rubber Aeropress, the glass FrenchPress is more fragile plus the mesh piston rod is also harder to clean than the Aeropress. But of course, for coffee lovers, this is completely erased.

Another thing to note is that the Aeropress is easy to clean because it uses filter paper. If you have a pack of organic coffee on hand and need to consider environmental considerations, French Press is much friendlier than Aeropress.

French Press is for chatting with people.

The Turks have a famous idiom in the coffee culture in this country: “No one wants a cup of coffee, or a coffee shop – People need to talk to each other, Coffee is an excuse.”

When chatting with friends and family, you won’t like to press Aeropress for each person, rinse, add coffee. And repeat for each person. Loss of interest, and people will get angry. French Press is more friendly; when with a large pot, you can make 7-10 cups of coffee simultaneously, everyone can sit and enjoy coffee with their story.

These are the basic comparisons in brewing methods between the Aeropress and the French Press. To say which way is better than the other is lame, and you should experience giving yourself the most suitable “Gu” method.