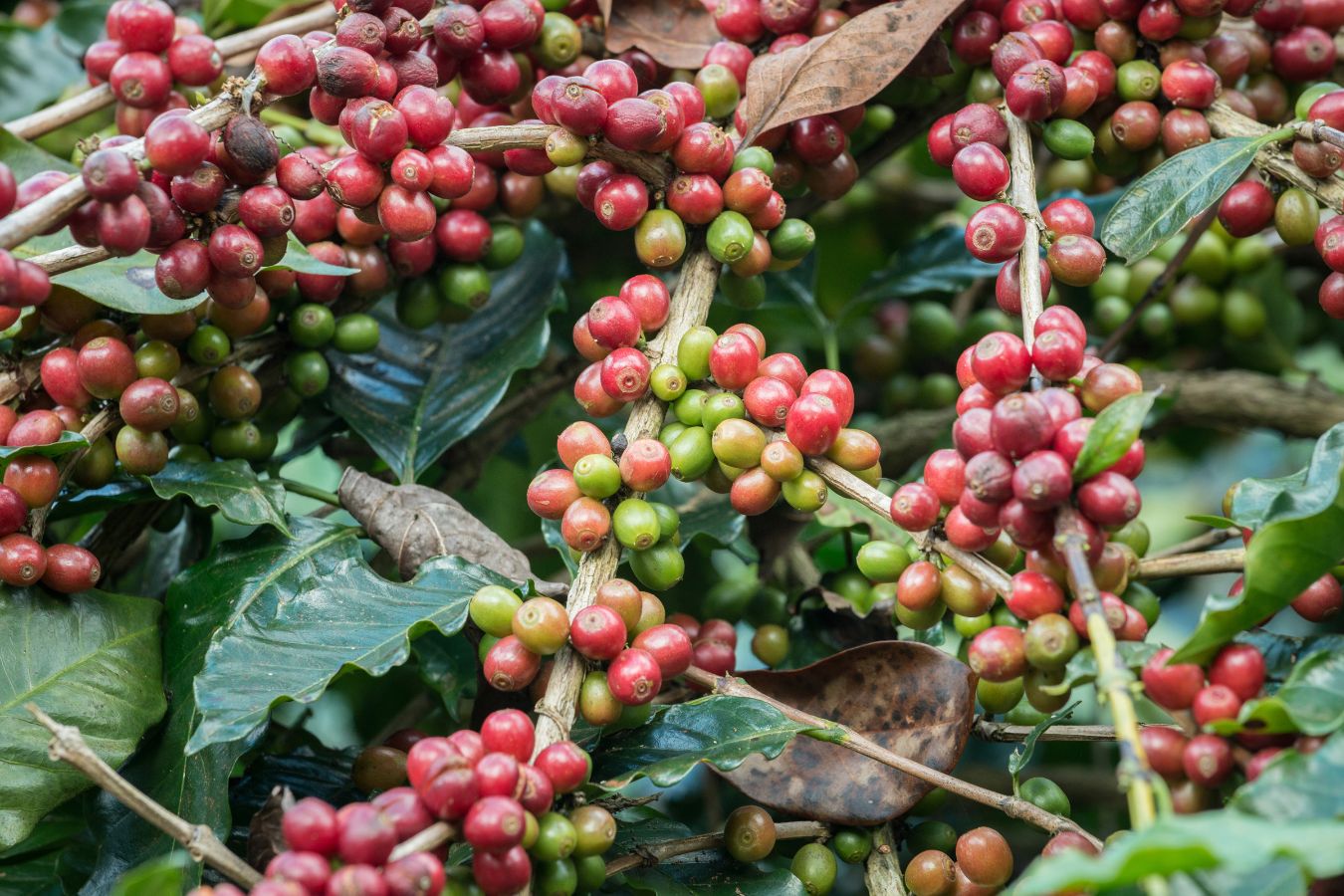 Heirloom Varietals:  Have you ever wondered why most coffees from Ethiopia have a very “mysterious” variety name called ‘Heirloom ‘?Why is coffee from Aricha to Yirgacheffe, from Guji to Limmu, called ‘Heirloom ‘?I went to many coffee shops and was introduced to drinking “like Heirloom coffee.” Many also said they “like the taste of Heirloom coffee.” But what is an ‘Heirloom’?

There is no exact scientific definition for ‘Heirloom.‘ The term usually refers to a group of plants, primarily vegetables and flowers, that are open-pollinated, not a hybrid, and not by human hands (such as extraction). Branches).

Some argue that a variety must have existed before 1951 (before hybrids were commercially grown for a mixture to be called an Heirloom’).

Some suggest that these cultivars must have gone through at least 50 years without any change from one generation to the next. When it comes to this group of varieties, the most typical crops are tomatoes, pumpkin varieties, carrots, melons, etc.

What is Heirloom Coffee?

Heirloom – although it means “Heirloom,” in the case of coffee, we can understand “Heirloom Varietals” as “Indigenous varieties.”

Some Arabica coffees don’t fit neatly into the typical bourbon classification scheme. These are native plants in the wild in Ethiopia and Sudan and are genuinely “distinct” from those plants brought to Yemen that have turned into typical bourbon.

Thousands of Ethiopian Heirloom coffee trees are natural descendants of wild coffee trees. Many areas (villages) have coffee varieties, that local people have cultivated according to their local growing conditions. People referred to these cultivars as “Heirloom Varietals.”

Where did the word ‘Heirloom’ come from?

Although heirloom is often used to refer to crops, in the specialty coffee branch, the word ‘Heirloom’ refers to many coffee varieties from Ethiopia. But to know where the term originated, we need to delve deeper into coffee in Ethiopia, where the first Coffea arabica trees are believed to have originated.

The analysis results show that the gene pool of Ethiopian coffee is more affluent and has many differences from group 2. Coffees in group 1 have high polymorphism, with many alleles (allelic). Richness: genetic diversity associated with long-term adaptability). This is the scientific basis that the genetic resources of coffee in Ethiopia are different and have various qualities, even superior, compared to those of mass-cultivated coffee.

But actually, we don’t need to research; drink, we can know how different coffee is from Ethiopia, Not to mention through identifying characteristics such as leaf color, leaf shape, the tree height, and the way the fruit is left. Coffee grows in clusters or bean shapes; it is not difficult to see the variety of coffee varieties in Ethiopia. Research on coffee in Ethiopia is not lacking, but there are several reasons why the biodiversity of coffee here is not widely spread.

First, since most coffee in Ethiopia has to go through the Ethiopian Commodity Exchange (ECX), all coffee lots will have no information other than the coffee growing area. ECX mixes the coffee lots based on grade. According to ECX, this is a way of selling at a reasonable price to farmers, emphasizing the quality of the coffee.

From 2008 to 2017, most coffee sold through ECX did not have specific information about the variety. It was only in 2017 that the Ethiopian Coffee & Tea Development and Marketing Authority announced that it would allow coffee exported through ECX and other traders to include complete information on origin and variety.

Second, there are wide varieties of coffee in Ethiopia: from JARC varieties to landraces to wild coffee. Each region will have a specific type of coffee, and many farmers will also grow varieties in the same garden. Most of the coffee farmers in Ethiopia have small farming areas. Asking them to produce a purebred lot is both unfeasible and uneconomical. When the market does not require an explicit origin, growers have no reason to classify coffee varieties.

With the difficulty of finding the origin as above, when specialty coffee traders buy coffee from Ethiopia, they call most of the coffees from here with the name ‘Heirloom.’ While the name is good marketing (sense of wild coffee, utterly different from regular coffee), it includes hundreds of varieties of coffee from Ethiopia (both genetically determined and not updated). ) easy to confuse customers.

Many people will therefore mistake ‘Heirloom’ as a breed (like SL34 or Pacamara ), while this is a spontaneously coined name by a trader with no scientific basis. In addition, due to this word’s popularity and ease of use, traders and customers do not need to find out what precisely Ethiopian varieties they buy and sell but group them under one name.

What word to use instead of ‘Heirloom’?

The group of landraces refers to coffee varieties that grow naturally, but over a long period of cultivation, they have evolved to suit the soil. (Some sources combine wild types with landraces, but Tesfaye et al. (2014) show that wild varieties have various characteristics and genetic resources distinct from established landraces. determined.)

In Yirgacheffe, some prominent landraces such as Kurume, Dega, or Wolisho, originating from forest-grown coffee, are widely planted due to their relatively stable quality and yield.

Since the 1970s, research institutions in Ethiopia, especially JARC and the Ethiopian Biodiversity Institute, have collected and identified many different landraces. Based on these varieties, JARC began to select and breed many high-yielding and high-quality coffee varieties for farmers.

Up to this point, about 40 varieties studied by JARC ( JARC varieties ) are widely grown in all coffee regions. Each region will have more compatible varieties; for example, in Sidama/Yirgacheffe, the main JARC varieties are Odisha, Angafa, Faye, and Koti. Coffee varieties whose names start with ’74’ originate from a 1974 JARC study to find coffee resistant to pests. For example, varieties 74110 and 74148, selected from the mother tree in Bishari village, Metu, Illubabor zone, and popularized since 1979, can grow well in the forest-like environment in Bishari. Some varieties that are becoming quite familiar to customers, like Wash Wush or Yachi, are derived from JARC’s research.

Since these JARC varieties are subject to human selection, we can call them ‘cultivar’ – this is why some traders use the word ‘cultivar’ instead of ‘variety.’ Accordingly, since ‘Heirloom’ refers to a group of trees without human intervention, the term ‘Heirloom’ applied in this context is also inaccurate.

So when we talk about Ethiopian ‘Heirloom’ coffee, we may talk about dozens or hundreds of different coffees in the same lot. Most of these varieties are Landraces or JARC varieties developed from landraces. That’s why instead of calling coffees of undetermined variety ‘Heirloom,’ the word ‘Landraces’ would be more accurate. Helena Coffee Vietnam has switched to using the word ‘landraces’ for their Ethiopian coffee.

If the word ‘Heirloom’ refers to a group of plants, naturally pollinated, at least 50 years old, and without human intervention, the Ethiopian ‘Heirloom’ we often see would probably answer as well. Partially meet the above definition. However, as analyzed, many of this group’s varieties have been selected and developed over the past 50 years. Furthermore, the word ‘Heirloom’ was essentially imprecise.

This word was born in a lack of information and has been used for decades because 1, many traders, roasters, and customers cannot find specific details, and 2, high marketing value (sounds excellent and mysterious). ).

As significant traders and roasters worldwide pay more attention to coffee varieties and start using the word ‘Landraces’ instead of ‘Heirloom,’ Helena Coffee Vietnam hopes this article will help you better understand the coffee variety. I’m drinking coffee, and I’m more interested in Ethiopian coffee in particular and coffee varieties in general.

Because this article has many technical words, I have included English words for you to learn and understand easily. Compare. In addition, I also have the names of some scientific articles worth referencing in the reference section.