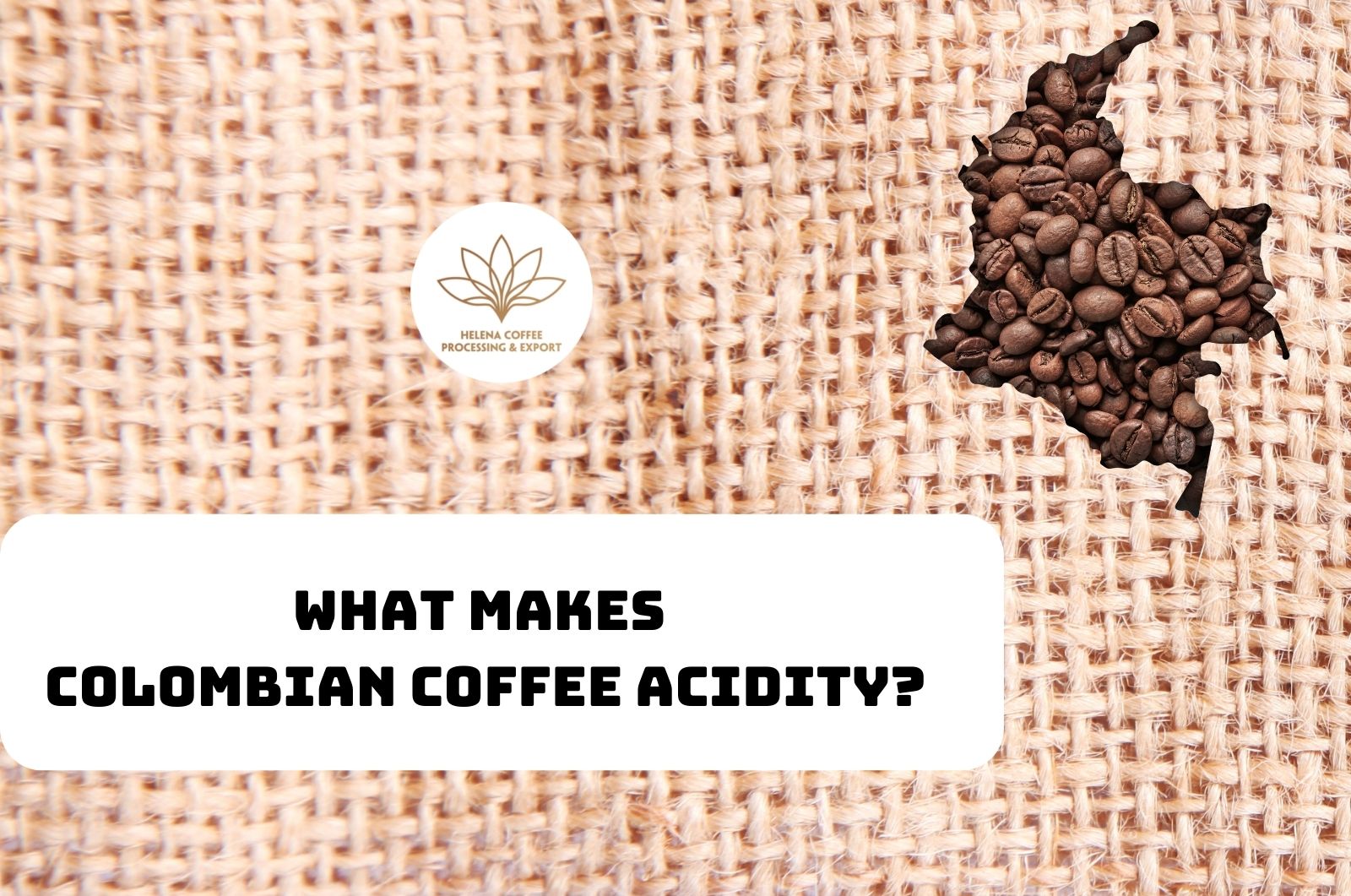 What is Colombian coffee?

Coffee that has been cultivated in Colombia’s many departments is known as Colombian coffee. It isn’t a unique type of coffee bean. Since practically all of the coffee that is farmed in Colombia is of the arabica kind, it is highly appreciated for its superior flavour and fragrance.

After Brazil and Vietnam, Colombia is the third-largest producer of coffee. The Jesuits most likely brought coffee to Colombia for the first time in 1723. The spread started off extremely slow and didn’t pick up until the latter decade of the 19th century. Coffee beans accounted for a stunning 50% of Colombia’s total exports by 1912

The Colombian Coffee Federation collects, wet-processes (washes), mills, and exports the majority of the country’s standard coffee, which is often farmed on relatively small farms.

Strictly High Grown Colombian coffees may be found in abundance in Colombia, where growing heights range from 1,200 meters to 1,800 meters above sea level. Coffee from Colombia is traditionally cleaned and sun-dried outside.

Due to Colombia’s enormous size, different regions of the nation have different harvest seasons. The majority of the country’s crops are harvested between September and January, while certain regions see harvests from April to August. A regular supply of Colombian green coffees for the North American market and more stable prices are the results of the consistent output.

Three of Colombia’s most renowned coffees—Medellin, Armenia, and Manizales—are named for the regions in which they were grown and are sometimes marketed together to make the transfer of significant coffee contracts easier. The term MAM is used to describe these coffees.

Approximately 95,000 hectares of Cauca are now under cultivation by 93,000 people.

Medellin Supremo, which is equivalent to Jamaica Blue Mountain coffee but has a greater amount of acidity, is one of the greatest Colombian coffees.

The fruit around the coffee bean (also known as the coffee cherry) is taken out, and the bean with the remaining fruit adhering to it (mucilage) is steeped and fermented in water. This is how Colombian coffee is processed nearly usually. After washing, the bean is dried. This method of processing is relatively recent and is frequently used in coffees from South and Central America.

The old-fashioned, traditional method of “natural processing” (and unwashed) beans is leaving them to dry in the sun with their adorable tiny cherry around them. Typically, this method of processing is used with beans from Brazil, Africa, and Indonesia. These regions are known for producing coffees that are significantly more acidic and full-bodied than Colombian beans. As they dry, they absorb the characteristics of the nearby coffee cherry, adding a variety of flavours to your cup when it’s time to brew.

Taking all of this into account, Colombian beans will have low levels of acidity when roasted, say to a medium roast, due to their processing procedure. Most of the time, they will make a cup that is balanced, sweet, and smooth. However, roasting always alters acidity levels. The acidity becomes more subdued the deeper the roast.

Your Colombian beans will be acidic, candy-like, or even apple- or citrus-like, if they have been gently roasted. I believe a medium or full city roast is optimal for Colombian coffee. This degree of roasting is deep enough to fully enhance the beans’ caramel-like tastes (longer roasting caramelizes sugars and amino acids, aka the delicious Maillard reaction).

Acidity and bitterness in coffee are not at all the same thing. Bitterness is a result of wonky brewing, including over-extraction (brewing your coffee for a very long time), using used grounds, or using uncalibrated equipment.

This pertains to how your coffee is prepared; if you grind it too fine, the water will get trapped in the finer grounds and take a long time to extract into coffee, causing you to over-extract. Additionally, if your water temperature is above 205 degrees F, forget it; your coffee will be harsh.

These two regions are among the biggest and most productive in the world for coffee cultivation. They also create a lot of coffee enthusiasts as a result of their large coffee production. You may have overheard acquaintances adamantly saying they “only” drink Colombian coffee or how sweeter Brazilian coffees are (and, therefore, better).

Colombia is a fairly amazing country. In actuality, the Colombian Andes area is among the world’s richest and most diversified. More orchid, palm, bird, and bat species may be found there than anywhere else on the earth.

Without including the several (many) marsupials, hares, rabbits, monkeys, tapirs, deer, and bears that also inhabit the region, there are over 400 mammal species, 198 rodent species, and 166 bat species that call the area home. It’s enough to state that the region’s particular environment, which produces a lot of rain, along with some of the world’s densest and most varied rainforests, may also produce some excellent coffee beans.

We really enjoy Colombian coffee since the beans are frequently shade-tolerant. In reality, coffee was traditionally grown as a shade crop, and many small farmers in Colombia are returning to this more environmentally friendly method of production. This is fantastic since less deforestation takes place the more shade-tolerant beans we eat.

Of course, the taste is a consideration as well. The flavour profile of “traditional” Colombian coffee features notes of nuts along with some crisp acidity and caramel sweetness. It has a medium body and is occasionally characterized as being somewhat bitter.

Brazil has been the world’s top producer of coffee beans for more than 150 years, and its people like the beverage (they rank as the world’s 14th-largest consumer). However, Brazilian coffee fields are often lower in elevation than those in other nations, and the producers there struggle to cultivate the beans in non-volcanic soil.

Brazilian beans are mostly arabica, with a little bit of robusta thrown in. Additionally, Brazilian coffees frequently have a robust body, making them ideal for espresso-style coffee brews. Brazilian beans are more popular than ever (and for good cause!) with the rise in the popularity of espresso coffees.

Brazilian coffee often has a strong body, and nutty flavour, with hints of spice and chocolate. It is frequently said to as being sweeter than that of other nations and has very low acidity. Since there are so many distinct types of beans produced in Brazil, it stands to reason that no two flavour profiles would ever be precisely the same.

Above are some of our insights about Colombian coffee and its acidity. Thank you for reading this post.