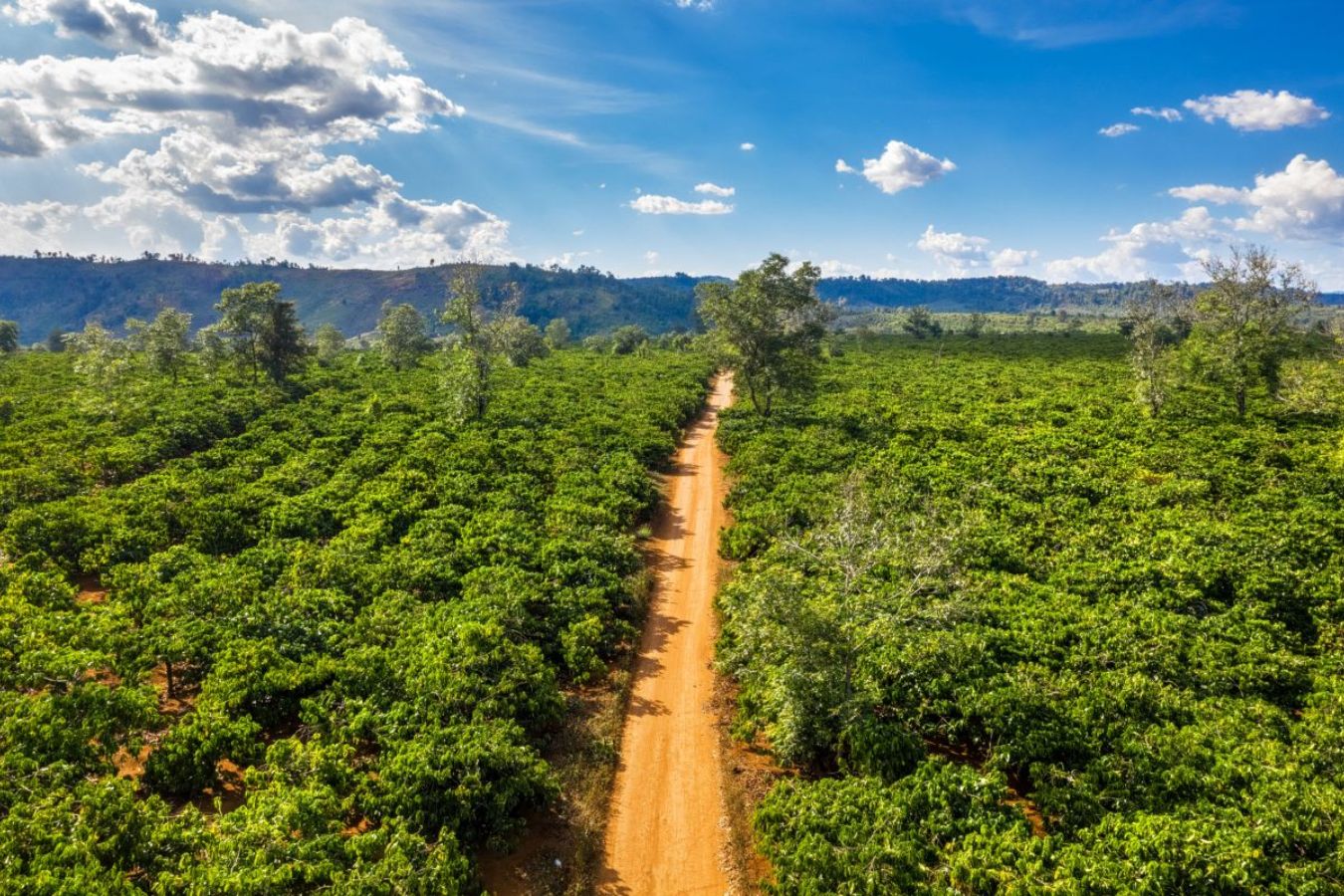 Khe Sanh coffee origin (in central Vietnam) is known for its wonderful Arabica Cartimor coffee, which we can’t get anyplace else. Tuy is a Vietnamese town and the district capital of Huong Hoa district in Quang Tri province, located 63 kilometers west of Dong Ha and 20 kilometers east of the Lao Bao border gate.

Through the historic 1968 Khe Sanh conflict, Khe Sanh is renowned worldwide as the “second Dien Bien Phu Battle” or the “hell on earth” location in the minds of the US Marines.

More than a century ago, when the French built plantations in Quang Tri, Khe Sanh became known as an area linked with coffee trees. Khe Sinh coffee has remained famous for its distinct flavor to this day. The Prime Minister issued a decision in 1998 to encourage economic development and commerce in Lao Baotou to lift the Quang Tri out of poverty.

Since the 19th century, the French have visited Khe Sanh, studied the environment, and introduced suitable products such as coffee, avocado (Abuja), tea, pepper, and notably coffee plants. The coffee tree jackfruit is what the French mostly grow in Khe Sanh (Coffee Liberia).

Khe Sanh is a valley with a diameter of about 10km, surrounded by forests and mountains on all four sides. A stream called Khe Sanh flows through it in the middle of the valley. This area is also a fertile basaltic red land, similar to the highlands of Pleiku and Kontum, with green tea hills and coffee fields.

Almost every house in Khe Sanh has a jackfruit coffee tree in the garden, as well as other types of pepper, avocado trees, and so on… When the coffee trees blossom, the perfume fills the air so that it must be described as lovely. Children enjoy climbing on the branches, playing under the huge trees, and picking jackfruit coffee leaves to make hats.

When the coffee is ripe, the fruit it consumes is lovely. People from all across the country began to flock to Khe Sanh to live, farm, and raise livestock. Many coffee farms have been established, with the majority of them opting to grow Arabica coffee (also, in some places, coffee with Voi). In the home garden, jackfruit coffee trees are either scarce or extinct.

When Arabica coffee is combined with water, it turns a light brown. Bitter flavor can range from mild bitterness to bitter taste with a seductive aroma to a passionate aroma. The somewhat acidic flavor, in particular, is highly appealing and appropriate for ladies’ tastes. However, Khe Sanh coffee has a distinct pineapple fragrance and a salty, bitter flavor. Surely, such a flavor combination can’t be found anywhere else.

Khe Sanh coffee goods are easy to market, and the prices are high, thanks to an emphasis on investing in high-quality coffee. Khe Sanh coffee used to be of poor quality because individuals would pick medium-sized berries, the skins were green, and they were frequently soaked in water for weight gain before the sale. As a result, many people unintentionally harm Khe Sanh coffee’s reputation.

Huong Hoa district has pushed farmers to abandon collecting green coffee and soaking it in water to improve quality and ensure successful and sustainable coffee production and business in the area. Purchasing and selling low-grade coffee. Furthermore, enterprises, coffee purchasing, and processing establishments must only acquire coffee with a mature fruit rate of 95% or higher, rather than coffee soaked in water, fermented, or blended with water. impurities…

That is the policy of restoring Khe Sanh coffee to a well-known brand, as it is considered a necessary task for the area’s principal agricultural product. After only two seasons, the desire to enhance the level of Huong Hoa district’s Khe Sanh coffee brand has yielded positive results. Customers place a high value on the coffee produced here and shipped last year.

Khe Sanh coffee aspires to sell to European and American markets. Still, it will face stiff competition from established brands and technical restrictions that govern coffee standards and quality. As a result, measures to increase the quality of Khe Sanh coffee are being sought to gradually dominate Vietnam’s specialty coffee market.

Since then, it has been critical to capitalize on existing strengths while overcoming existing restrictions and hazards to boost coffee exports shortly. All of this is dependent on the product’s quality when picked at the correct time, as well as advancements in the science and technology of roasting and mixing so that each cup of coffee has its own distinct flavor.

Khe Sanh coffee is clearly emitting its scent, not only in Vietnam, to make the above dream come true. The dream of Khe Sanh Coffee to dominate specialty coffees worldwide has come true. Khe Sanh coffee goods will have a considerably higher value at that time, significantly enhancing people’s lives and pushing coffee farmers to achieve their dream of changing their lives in the rural.