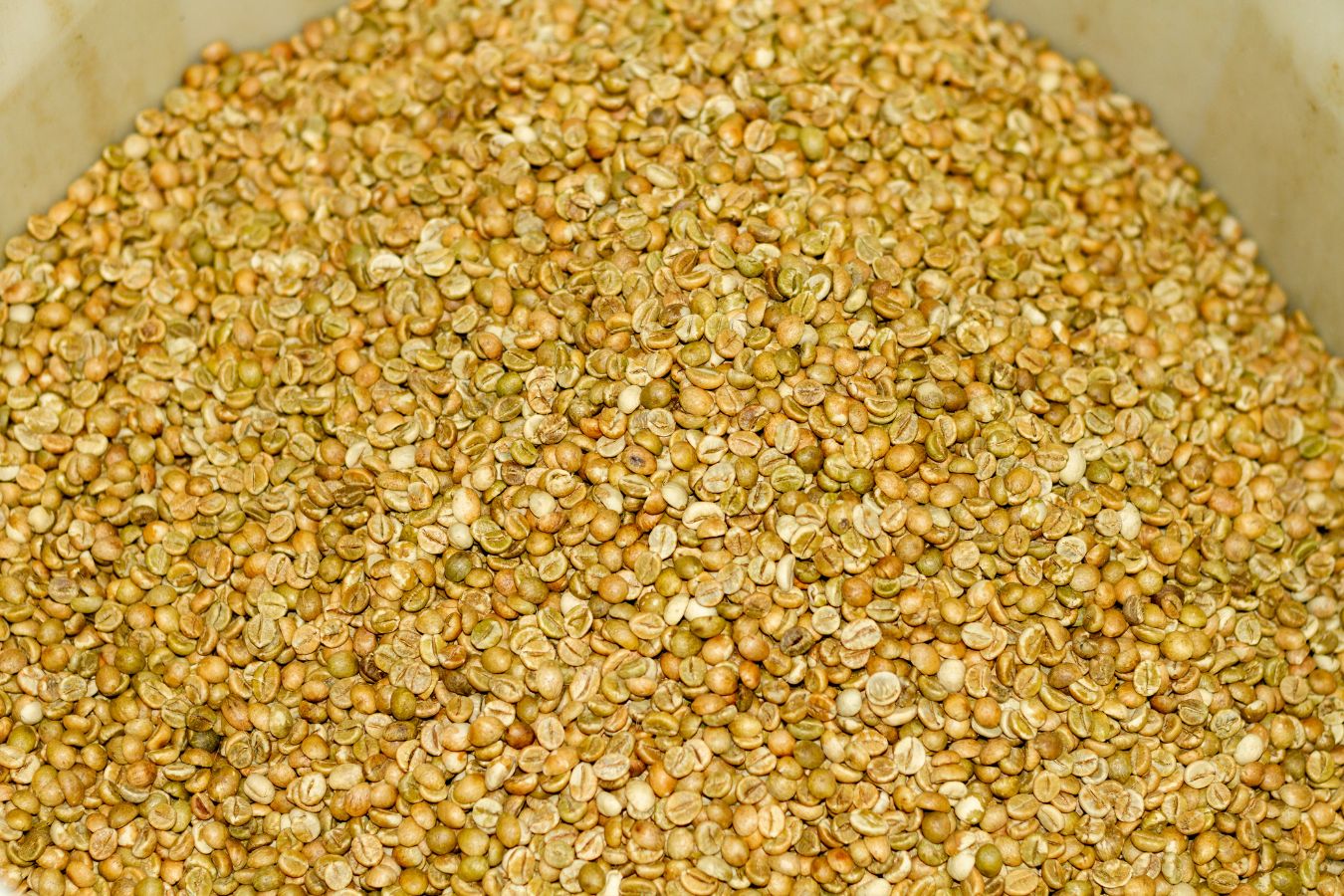 Robusta coffee accounts for 95 percent of coffee production in Vietnam; hence this research concentrates on it. With programs to increase the area planted in Arabica, the state has attempted to rebalance Arabica and Robusta production since 2006. However, arabica coffee production has some quirks that make it more difficult, so it will not be covered in-depth in this article.

Vietnam’s coffee industry has recently increased, specifically, the Voi coffee tree. This phenomenal achievement necessitates a laser-like focus on a few objectives. People, policy, resources, and agricultural practices are the four primary aspects that makeup Vietnam’s Robusta coffee tree. We’ll look at how each of these factors has influenced the growth of the Vietnamese coffee industry.

Migration to the “New Economy” region is on the rise

The state’s migration initiatives adopted after reunification in the late 1970s and early 1980s to address unemployment and instability laid the groundwork for Vietnam’s coffee development.

People were encouraged to move from heavily populated places such as the Mekong Delta in the south, the Red River Delta in the north, and big cities to residential areas by establishing new economic zones. As scarce as the provinces of the Central Highlands.

In the 1970s and 1980s, coffee was not the primary focus of resettlement initiatives. On the other hand, the government became more aware of the prospect of coffee production in the late 1980s. Indigenous minorities such as the Ede and H’Mong made up about 48 percent of Dak Lak’s roughly 350,000 people in 1975. Local indigenous ethnic groups accounted for only 20% of the province’s 1.5 million people in 1997, while recent migrants (the Kinh) made up the other 70%.

In the late 1970s and early 1980s, support and subsidy policies helped to launch the coffee industry through collective farming systems. When this mechanism proved to be a growth limitation, policymakers had to develop new solutions.

Market liberalization and land reform were passed in the late 1980s and 1990s, allowing farmers to grow their businesses and gain greater rewards.

Vietnam’s coffee industry was re-established after the country’s reunification, with state organizations filling every corner of the production chain from farm to market. While state-owned coffee cooperatives’ production was primarily used for trading with communist countries, it also served as a good testbed for shaping the industry.

Developing a knowledge base and understanding of Robusta coffee production in the coffee industry Coffee production had increased to 30,000 tons and 40,000 hectares by the mid-1980s. Average productivity, on the other hand, continues to be below.

The state’s ability to respond to change and adapt to market forces is critical to policy effectiveness. Our form has provided the main components for the growth of the coffee industry, which include:

Public institutions are critical to the development of the coffee industry and the government’s significant involvement in coffee development through policy and planning. Initially, the government created SOEs to handle all aspects of the business, including coffee production, supply of production materials, rural finance, processing, marketing, and export.

The coffee sector has flourished and stabilized due to this process, which the government has overseen. These institutions have gradually become more liberalized, and many firms have been moved to the private sector.

The transition to a market economy is underway

The public to private production shift co-occurred as essential policy shifts in other sectors, such as land reform. These reforms became known as “Doi Moi” after being ratified at a crucial party conference in 1986. It was a gradual transition from a cooperative, low-productivity state quota system to empowered farmers. It also makes it possible for the private sector to get involved in the coffee industry. Farmers are no longer bound by production quotas and can now take advantage of a more free market.

The high quality of land available in Vietnam supports the growth of Robusta coffee trees. The Central Highlands provide a vast expanse of fertile highland soil, nearly a “blank slate” for flourishing the coffee industry.

The soil in the Central Highlands is rich and fertile, making it ideal for growing coffee trees. Rhodic-Humic Gray Soil and Acric Gray Soil are two main soil types in the Central Highlands region: deep, weathered Basalt soils. Rhodic-Humic, for instance, has a low bulk density and allows for adequate permeation and aeration, making it ideal for perennials with shallow roots like Robusta coffee.

Water is the most important aspect of coffee farmers’ excellent output in Vietnam. The Central Highlands’ basalt soils offer significant groundwater, recharged each year by monsoon rainfall. Robusta coffee requires a lot of rain, but the amount varies from year to year (meaning that Robusta coffee needs to be rinsed to achieve high yields).

The Central Highlands’ climate is perfect for coffee growing. The weather in the region is tropical, with distinct wet and dry seasons influenced by monsoons. The dry season lasts for four months, from mid-December to mid-April. The average monthly rainfall during the rainy season, which runs from May to November, is 200mm, with an average yearly rainfall of 1600 to 1800mm. In Robusta farming areas, the average daily air temperature is between 18°C and 25°C.

Robusta is a crop that is both versatile and easy to grow. Water sources, fertilizers, and farming practices such as trimming can all be used to manage yields. Vietnamese farmers have used a variety of successful ways to maximize Robusta’s profitability.

In the dry season, Vietnamese Robusta flowers, thus plenty of water is required to break the dormant state of flower buds and induce flowering and fruiting. During the dry season, from January to April, the amount of water and the number of waterings administered to determine the degree of flowering. The Robusta is clipped to get sunshine after harvesting in December and January to produce new sprouting sites.

When Robusta prices are profitable, farmers use input management practices (fertilizer and irrigation) to maximize output. They can cut back on inputs while still protecting the Robusta coffee crop (Arabica coffee will have a big problem if the farming system changes).

Vietnam Robusta coffee may be rejuvenated by simply removing its canopy, which lets it grow back robust with regular irrigation and fertilizer. As the name suggests, Robusta coffee has few pest concerns. Furthermore, processing Robusta coffee is simple; it can be stored and transported for extended periods without deterioration.

The Robusta coffee (coffee beans Vietnam) industry in Vietnam has adopted a high-intensity production system. Understanding the physiology of Robusta is central to this. Vietnam is one of the few countries that irrigates coffee beans regularly, which may seem insignificant.

While Robusta is produced throughout Southeast Asia, the revenues are not high enough to justify intensive production and irrigation. Meanwhile, our sector believes it can be profitable if a low-value item is delivered diligently.

In the Central Highlands, a balanced rainfall distribution can ensure a good fruit set; however, because the dry season coincides with flowering time and there is water for irrigation, farmers can take advantage of this to increase fruit set (several watering/drying cycles can be used to improve fruit set). World-class Robusta yields have been achieved by combining skillful pruning to create a tree structure that maximizes fruit number and leaf area, as well as the heavy use of fertilizers.

A micro-basin system is used to irrigate Robusta coffee beans. A 2.6m x 2.6m x 0.2m deep watering basin is made around each tree (planting density is 100 plants/ha with a 3mx3m spacing). Farmers use a pump system to provide up to 900 liters per tree. Irrigation in the Central Highlands begins around the second part of January and lasts for 20 to 25 days until the dry season ends in April.