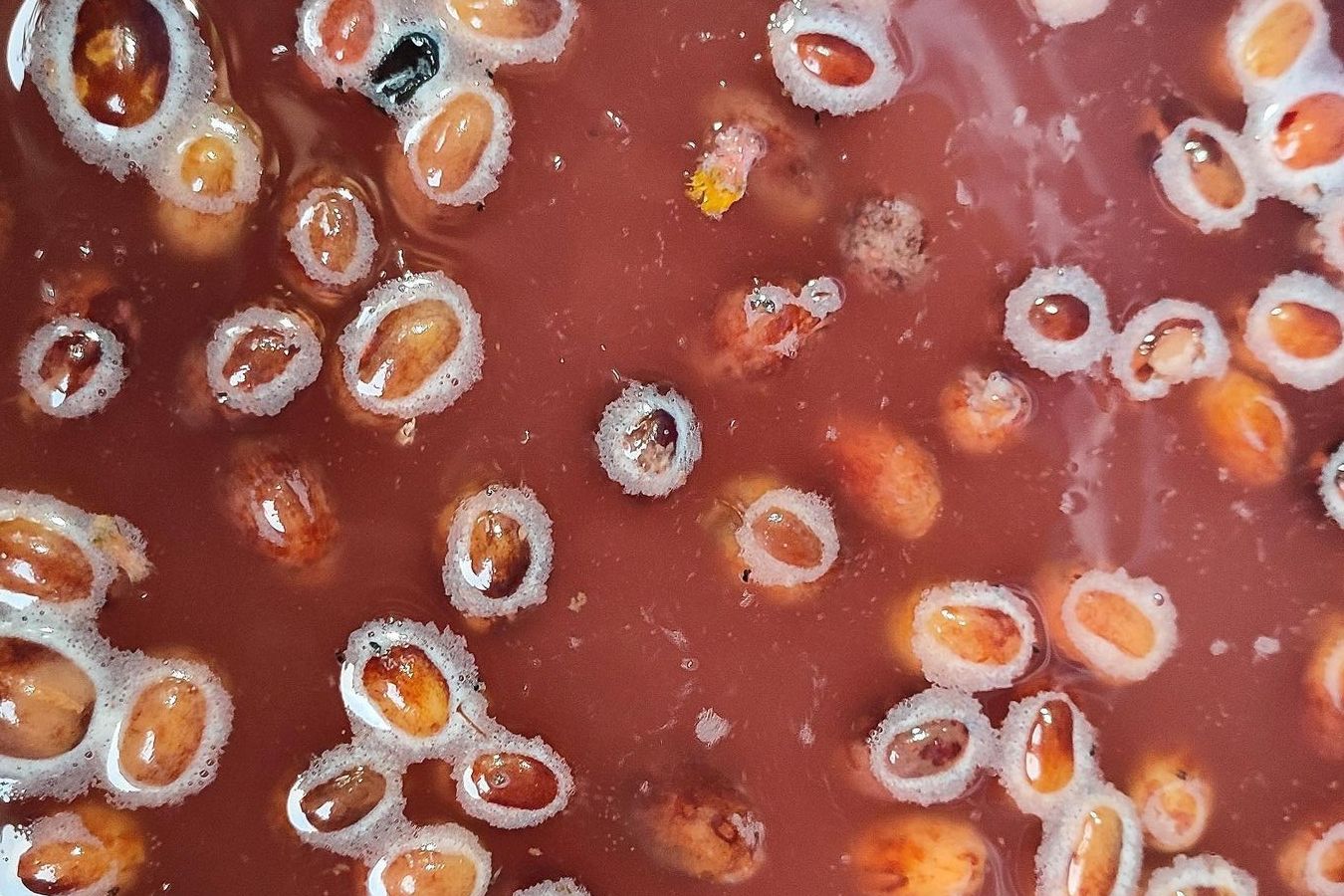 We noticed that after the Cup of Excellence competition in Colombia in 2018 and 2019 with names like El Paraiso farm (featured with some preliminary batches with double anaerobic or washed anaerobic method), La Pradera ( anaerobic honey), or Buenos Aires (anaerobic passed), Anaerobic Fermentation is gaining in popularity, especially in the Americas.

But Anaerobic Fermentation what it is and where to start; we need to learn from the most basic concepts:

“Fermentation” is a very familiar concept in daily life. Products around us, such as pickles, pickled zucchini, kimchi, yogurt, cheese, bread, beer, and wine, are direct fermentation products. Fermentation is also applied in biological wastewater treatment or garbage treatment. But what exactly is “fermentation“?

And the most important:

If you’ve ever made your sourdough starter, fermentation is the basic process that can be observed: 1; the only ingredients are flour and water; 2, no need to add yeast like ordinary bread because the microorganisms in the air and the flour will spontaneously 3, metabolize sugar (mainly sugar, glucose), which initiates fermentation. After a few days, this starter will have bubbles emerging, made up of carbon dioxide emitted by microorganisms. There are also many lactic acid bacteria in sourdough, creating the lactic acid group that makes sourdough bread have a characteristic sour taste.

In summary, fermentation is simply the process by which microorganisms metabolize sugars for energy without oxygen.

Fermentation and preliminary processing of coffee

Fermentation is a necessary process in the preparation of coffee. We need to remember that green coffee (number 6, in the picture below) is surrounded by a silk shell (5) located in the husk (4). The outside also has the mucus layer (3), the flesh layer (2), and the outer shell (1). It (2) and (3) contain a lot of sugar, including simple sugars and polysaccharides.

For hundreds of years, washed processes often involved fermentation in water or fermentation without water. This process is the simplest to remove (2) and (3). As the microorganisms metabolize the sugars, (2) and (3) are quickly released. When the coffee after fermentation is washed with water, only (4 -> 6) remains – the coffee is then dried soon.

With natural processing, even though (1 -> 6) is washed and then dried, fermentation still takes place. Because microorganisms are everywhere, including inside the coffee fruit, fermentation is inevitable. Processing honey as well.

Fermentation not only makes it easier to separate the green coffee from the cherries. Because this process produces other chemical compounds, fermentation also contributes to the flavor of the coffee. As I explain in the article about Coffee scent, the scent is made up of volatile organic compounds/VOCs. Fermentation produces VOCs and forms other chemical groups that can transform and combine to create a new range of VOCs after the coffee has been roasted.

What are Anaerobic and Aerobic fermentation In Coffee Processing?

Meanwhile, the presence or absence of oxygen does not affect whether fermentation occurs – it just affects which bacteria or yeasts are more present and which metabolize energy more efficiently. That is why we should use “Anaerobic fermentation” instead of “Fermentation in an environment without oxygen” to describe the process more accurately.

Famous farms for Anaerobic Fermentation preliminary processing at present, such as Daterra (Brazil), El Paraiso (Colombia), and La Chumeca (Costa Rica), all use steel tanks (ensure air tightness and hygiene) with a one-way valve. Coffee, after being picked and cleaned or after removing the skin and flesh, will be transferred to the storage tank; The oxygen in the tank is sucked out.

During coffee fermentation, the temperature is controlled (range 18 – 20 °C), and sugar level (Brix) and pH are measured continuously. Since fermentation produces carbon dioxide (CO2), the pressure in the tank will increase, so a valve is needed to let CO2 out and oxygen not enter.

Another advantage of the Anaerobic Fermentation method is that on each farm or per lot, the primary handler may add some selective yeast or bacteria to create a particular flavor for the cost to get high.

With conventional fermentation methods (such as fermentation in water or dry fermentation), bacteria and yeasts are not controlled. With Anaerobic Fermentation, the preprocessor usually already has preparation and knowledge of which microorganisms can form which complexes and compounds.

The most typical example is the addition of bacteria in the Lactobacillus group while the coffee is fermenting to promote the production of lactic acid. Mushrooms/yeasts in the Saccharomyces group are also commonly used, as they are among the most widely used fungi and yeasts in producing beer, wine, or bread.

This is probably the question most of you are interested in: If Anaerobic Fermentation is so expensive and laborious, will the taste of coffee be better than that of regular pre-processed coffee?

The writer has tried quite a lot of coffee using the Anaerobic Fermentation method. The most common point between these coffees is that the price is not soft.

Most of the coffees I tried have a very clear dry & wet flavor. The most common notes are fruity, like peach, blueberry, strawberry, or cherry. However, some types of eggplant also have yogurt, spice, and a somewhat ‘musky’ smell. These coffees have high sweetness and a pleasing aftertaste.

So is the future of coffee processing Anaerobic Fermentation and its variations? Not necessarily. One should remember that Anaerobic Fermentation is a costly method. Investing in tools, equipment, knowledge, and human resources requires significant capital. With Helena Coffee Vietnam, we strongly support discoveries, initiatives, and knowledge in coffee, but the interests of farmers should come first.

When working with farmers, Helena Coffee Vietnam focuses on sharing knowledge and experience but always needs to think about experimental conditions to have a simple, effective way of processing and producing the highest quality.

Of course, complex prep is not the key to all problems. It isn’t easy to create a finished product when the coffee itself is not good and is not harvested when red. Coffee pre-processed according to Anaerobic Fermentation when improperly processed is still as bad as usual.

What Happens During The Roasting Process Of Coffee?