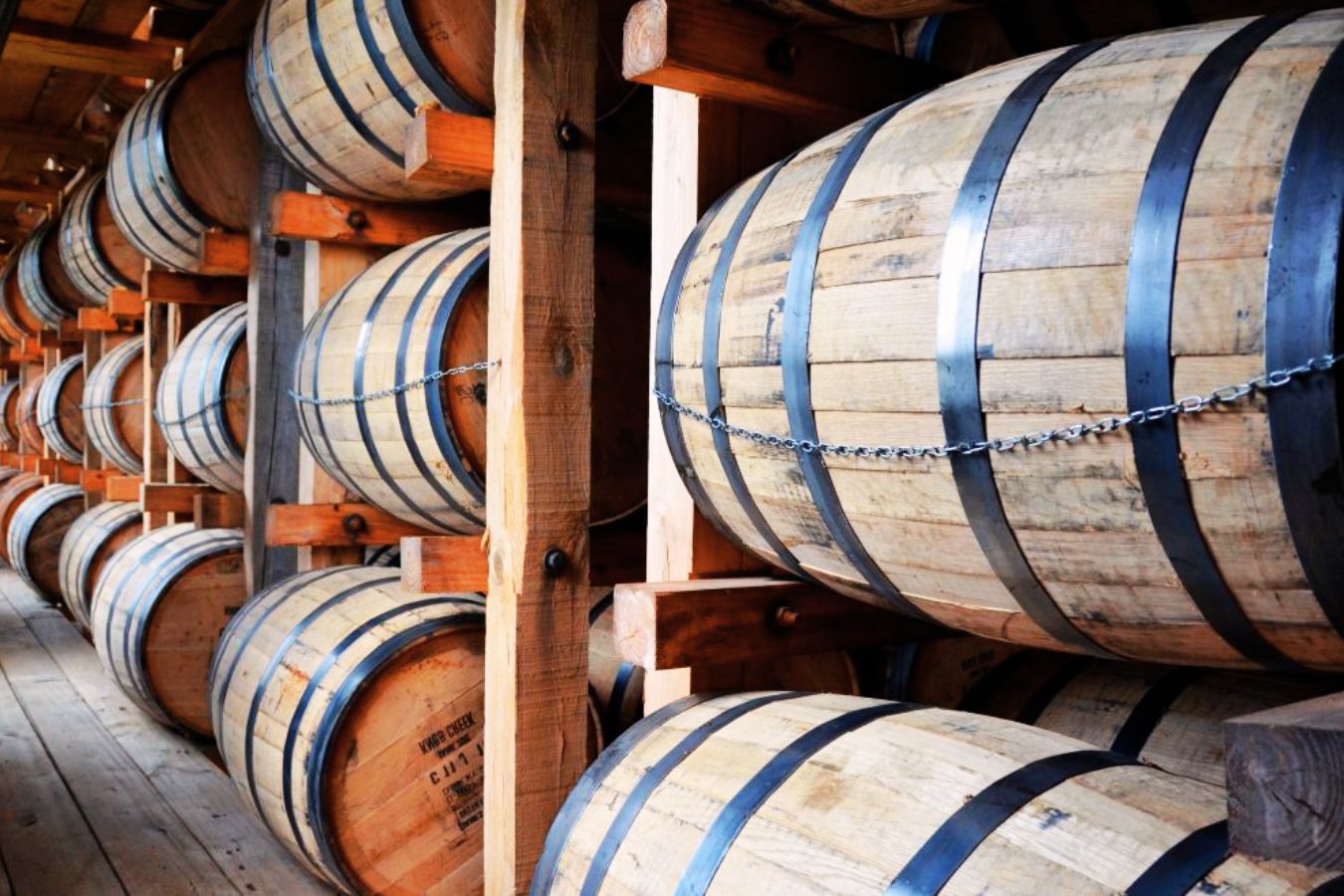 What Is Aged Coffee? Throughout history, many aged or aged foods seem to make it taste better – such as wine, cheese and pickles. Even coffee is no exception to this trend. There are different methods and origins of aged coffee, and renewed interest in it has recently resurfaced in the coffee market.

According to the Merriam Webster dictionary, ” aged ” (adjective) is a definition of age, such as “to be old” or to attain a desired quality, or to undergo an expected change over time such as ” aged  wine” or “ aged  coffee”.

While it sounds excellent, not all coffee will necessarily be superior just because it’s aged (nor with aged wine or cheese). However, “perennial coffee” (we prefer this term to “aged coffee” – it sounds like coffee just ripe on the tree🙄) is not exactly a novelty, although it is worth it. get a higher price, and it can produce some desirable flavours. As evolving concepts and trends like these begin to pick up, it’s important to question their popularity and their meaning. Here is the historical origin, where the hype about the truth of perennial coffee begins.

When coffee first arrived in Europe in the 1500s, Europeans received “perennial coffee“. At that time, Europe’s coffee supply came from the port of Mocha, in what is now Yemen. Getting around the Cape of Good Hope can take more than a month, and the sea air and transit time have altered the taste of the coffee. Europeans are used to drinking coffee brewed for at least a few months. Even after the maritime industry was much more developed, most Europeans still preferred aged coffee to fresh coffee. Specifically, historian Antony Wild in The History of Coffee (2020), mentioned:

Around 1850, a shipment of coffee beans leaving the coast of Malabar, India, to reach Scandinavian coffee buyers experienced a very long sea transit time. During a months-long ocean voyage around the Cape of Good Hope, through monsoon rains emerging from the Arabian Gulf, Arabica beans stored in jute bags will absorb moisture in the cellars of wooden sailboats. . Sea water and moisture from heavy monsoon rains will cause the coffee beans to swell with moisture, undergo chemical changes, the colour of the beans will change from green-grey to black-yellow, resulting in a decrease in weight and size. doubled in size, the flavour profile has also changed.

When Scandinavian buyers receive these beans, they become accustomed to their distinctive flavour. After many years, as Malabar coffee enjoys a reputation in other markets such as London, improved transport logistics, and better packaging and preservation, customers don’t find the coffee taste quite the same. before. This forced Indian manufacturers to rebuild their processing (simulating sea voyages). Dry your coffee with high humidity, drying it in piles for several days to make it as “mould” as before so that it can retain familiar markets.

Three environmental effects: time, humid air, and salty sea water, have simultaneously dramatically changed coffee. Europeans prefer the taste of fresh coffee. When the Suez Canal opened in 1869, Europeans largely rejected the fresher coffee they offered in favour of the aged. To satisfy loyal consumers, processors have recreated the weathering process on land by building large open warehouses. Green coffee from the Malabar coast is now stored in open-air warehouses on India’s southwestern coastal belt; this location provides plenty of salty sea air that helps mimic the ageing process experienced by Europeans used to that time.

In the early 1900s, “natural” monsoon coffee disappeared as steel-hulled ships replaced the ageing wooden ones. It took several decades until physicists tried to replicate the “ageing” effect of coffee in India using the so-called monsoon process. After being harvested from October to February, the coffee is dry processed and stored in well-ventilated warehouses along the Malabar Coast (according to the Goods Geographical indication of India). When the monsoon begins in June, the beans are exposed to rain and wind for several weeks (from 12 to 16 weeks). As they absorb moisture, coffee beans expand, change colour and, more importantly, lose some of their acidity). The coffee acquires a “unique smoothness” that Europeans especially appreciate through this process.

India introduced coffee to the international market as early as 1972, even before the speciality coffee movement gathered a worldwide force with Monsooned Malabar.

Over time, the preference for aged coffee dwindled, and fresh beans became the coffee of choice in Europe. Likewise, the United States’ relationship with aged coffee changed over the years as fresh coffee became increasingly available. However, in recent years, the trend of intentionally ageing coffee has been increasing in Europe, the US, Taiwan and elsewhere.

Not all aged coffees have the same standards as Monsooned Malabar, but there is a difference between aged coffee and simply stale coffee. During the ageing process, odour and flavour compounds are degraded by oxidation, and ageing intensity varies according to environmental conditions. This creates an additional flavour previously absent – ​​when the coffee was fresh. As roasted coffee ages, many insoluble compounds, such as cellulose and hemicellulose, combine with lipids to oxidize and pass through cell membranes. This creates undesirable flavours, making the coffee taste flat, musty, and even rancid. During the seventeenth and nineteenth centuries, most coffee importers’ job was to find these defects in their coffee, according to William H. Ukers, in his classic book All about Coffee. At that time, no one wanted a batch of “old coffee”.

In general, the freshness of the coffee determines how many flavours and aromas we can taste in a given cup. This means that fresher coffee is often more vibrant and complex. However, it’s important to note that green coffee is easier to keep fresh for longer than coffee after roasting. Most roasters require green coffee to be fresh for 6 to 12 months after it is harvested and processed.

Since the birth of Specialty Coffee, the mantra of quality has been passed on in the coffee world as “fresh is best”, meaning that the faster the beans move from the farm to the cup, the better. . But a handful of roasters are experimenting with letting their green beans “age” in oak casks that are used to make beverages like whiskey, wine, and rum. and other alcoholic beverages, in search of the most optimal taste. It is a move that goes back to the early days of the coffee trade when empty wooden crates transported coffee beans on ships or rafts.

In this way, the producer believes that because green coffee is very susceptible to environmental conditions, the barrel’s wood panelling will affect the coffee’s flavour. To some extent, cask-brewing makes consumers feel like coffee has a “premium taste”. However, we will only present a new example of coffee storage and let the roasters and their customers decide on this.

Many marketers are hyping aged coffee as a gourmet product like aged wine or whiskey. While this is true of some aged coffees, others are simply stale, stale coffee repackaged as a “speciality” item. It’s a case where buyers have to be careful.

While some claim that coffee is generally a bean with a long shelf life (debatable), others argue that the older the coffee, the better it tastes – again, well worth it question 🤔. Although coffee is one of the agricultural commodities with good longevity, there is still a lack of valuable scientific research on the benefits of “ageing” coffee. Also, most experts agree that coffee doesn’t continue to improve as it ages because it simply loses more of its flavour as it ages (and most of us put in the effort. for this purpose). So if you can afford eight-year-old coffee – or more, you might not want to drink it!

In short, “perennial coffee” can be a new fork in the taste discovery of a speciality coffee industry struggling to find new things, and the coffee is not always of low quality. than. However, old/aged coffee is more likely to have lost much of its flavour and aroma – resulting in flavours that have been historically denied. The more we can appreciate these coffees. While the taste may not be for everyone, it can be a new experience for some consumers.