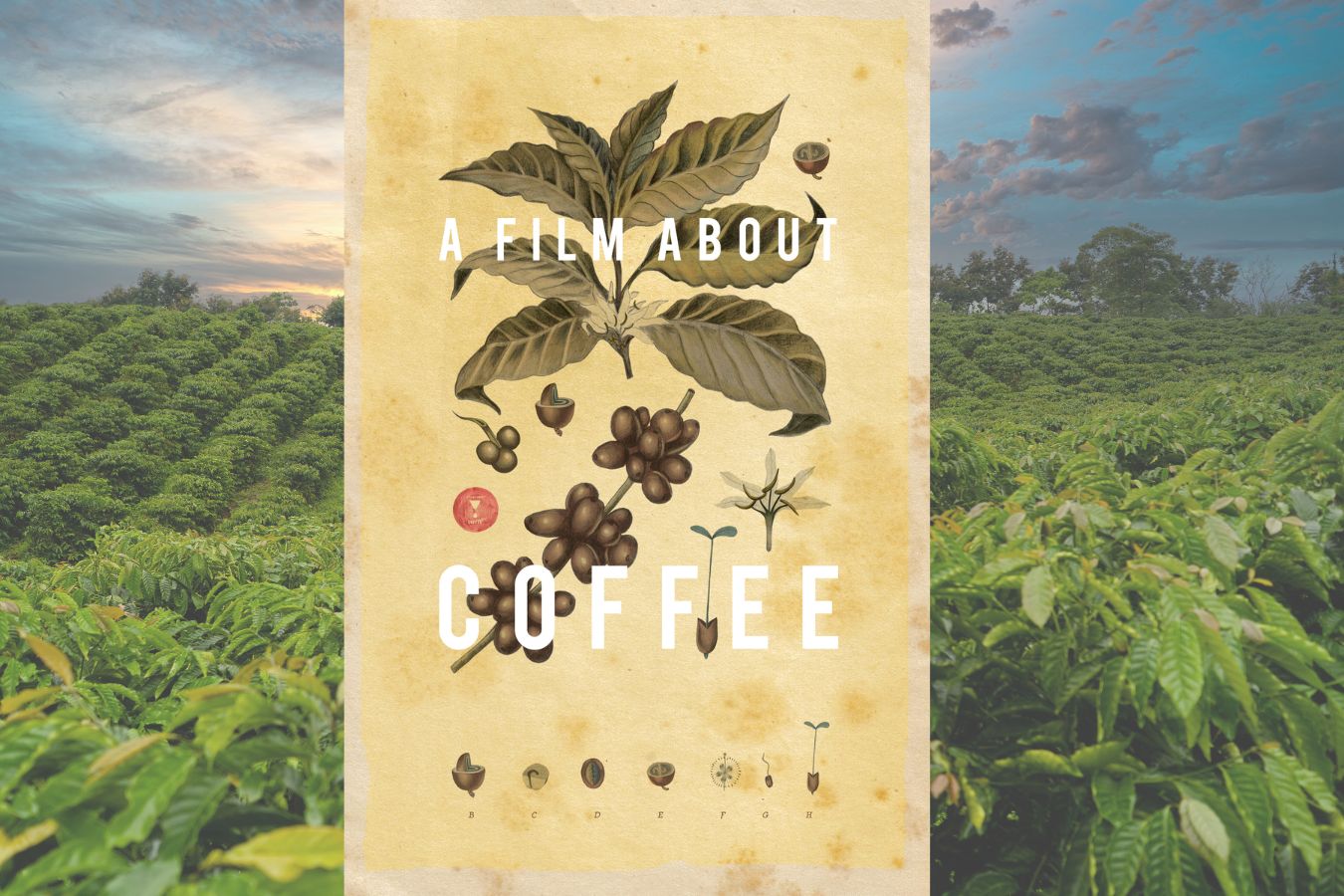 Coffee Daily News
The coffee documentary Film About Coffee takes viewers on a tour across the world of coffee, from fields in Honduras and Rwanda to coffee shops in Tokyo, Portland, Seattle, San Francisco, and New York.
The film nicely shows how all the factors — processing, preparation, tradition, and modernity – come together to create The best cups of coffee from the perspective of growers and baristas. A Film About Coffee is a movie that creates flavor and enjoyment in a cup of coffee by bridging the gap between intellect and emotion, geography and history.

Talking about the movie

A 59-minute-and-59-second documentary film can describe everything there is to know about coffee worldwide, and it’s even better at describing the entire processing process from ripe coffee beans to golden roasted beans. Incubate, pack, and sell your product.

The director of Film About Coffee, on the other hand, did not go that classically scholarly route. Instead, the film crew has concentrated on telling stories, gathering experiences from people whose lives are intertwined with coffee to perfect the Espresso or Drip art. The film series is more of a letter than a work of art, with simple but encouraging stories.

The first impression of the Film About Coffee

The creative scenes that commence the story of coffee are a drop of water falling on a cold stone of Cold brew and the stunning sound of boiling water of the Siphon preparation procedure in Japan. Coffee and “manual” fans will find this strange but familiar. Strange because I immediately realized that, while I am no stranger to Siphon, I had never paid attention to the sound of water when using a “good” Siphon.

I want the water to boil rapidly whenever I make coffee. In terms of this sound stage, the “Sound Recordist” from Film likewise took a few weeks to complete, even though he was not playing.

Following the introduction of Ritual Coffee Roasters, viewers are transported to Portland, a city steeped in American coffee culture, where familiar names such as Stumptown Coffee Roaster, Coava, Blue Bottle, Four Barrel, and others can be found, as well as the appearance of the “Owners” of those coffee brands.

They begin by narrating anecdotes about coffee as a part of life, such as waking up one morning and feeling compelled to prepare a cup of coffee straight away or a story about tasting coffee for the first time. James Freeman sampled his father’s coffee and thought it “awful” (founder of Bluebottle).

The next section, Film About Coffee, is a simplified introduction to Specialized Coffee (many people in Vietnam translate it as specialty coffee; I don’t want to translate it because I want to use it as a name). Through expert interviews, learn about the American coffee market.

Even in the United States, where there are so many famous roasters, Specialty Coffee has only risen and accounted for 20% of the market share in the last 25 years. This demonstrates that there is still a significant difference between specialty coffee and other forms of coffee, such as instant coffee, Nespresso coffee, Robusta, blended coffee (Robusta vs. Arabica), and so on.

In a few minutes, the history of coffee and its journey from Ethiopia through Yemen, Asia, and beyond to every corner of the globe is summed up in simple strokes. As part of the creation process, historical features of coffee drinking in the United States and instant coffee brands like Nest Cafe are highlighted.

From the 12th minute of the film, you’ll be taken on a journey back to Africa, which is now home to numerous coffee roasters around the world, as well as meticulous investment projects.

Rwandans in a Coffee Film

The Director leads you back to Rwanda at the center of the film, with images of the farmer, the farm, and the exchange of Stumptown officials with the community. The folks that work at Huye Mountain Coffee are the main protagonists in the film at this point.

Image of workers working on coffee plantations in Africa, picking ripe coffee cherries (made by hand), then traveling through the hills with sacks of ripe coffee cherries and hauling them out to the road. They must continue to transport bags of coffee by bicycle to the ‘Washing Station,’ a gathering area for sorting and processing.

Because farmers can only harvest mature cherries to send back for processing, specialty coffee is more expensive. Farmers must return numerous times to choose the next ripe coffee to ensure that the coffee is always selected with the freshest and most ripe cherries.

Following that, the film focuses on the farmer’s life, the coffee’s entire washing treatment, the collectors’ on-site cupping, packaging, shipping to the United States, and finally roasting.

The process of planting, harvesting, and processing coffee with water (wet processing, or Washed Process) at the coffee plantation will be fully understood (nearly complete) until the middle of the video how coffee firms in the United States send workers to Africa to cup and buy coffee, as well as teach people in the United States how to make high-quality coffee.

Coffee is a journey in and of itself

Maybe I’ve read a lot of books on this, or maybe I’ve heard someone’s story… but as I viewed the Film clip, I felt a strong sense of emotion and respect for the people that work here. All work is done by hand, including sorting (selecting and sorting each coffee bean), and African farmers are particularly dedicated to their profession.

See, then feel, and comprehend that each package of coffee we buy every day, behind the delicious cups of Cappuccino, is the result of a long period of hard work, a long trip of coffee beans from sowing to harvest. It is carefully selected, thoroughly processed, and classed until it fulfills the standards and then exported to the United States, Japan, and other countries. Then, additional roasting and packing steps are added to reach the purchasers’ hands. A barista will serve you.