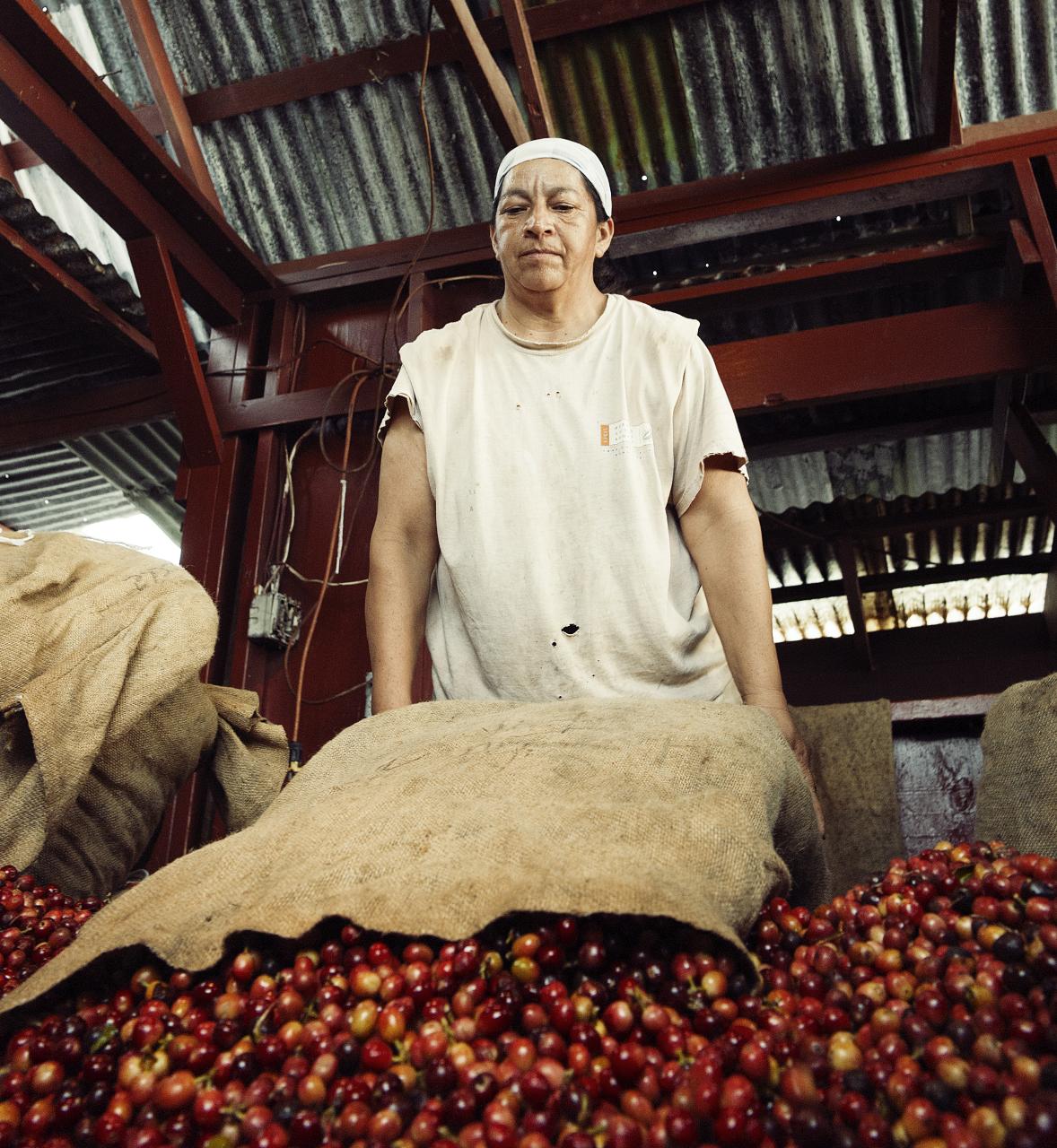 It is reasonable to assume excellent traceability of Hawaiian coffee in a country like the United States. Coffee can usually be traced back to a specific farm. Farms also roast their coffee to sell to customers and tourists in many circumstances. They also export part of the island’s coffee trees, primarily to the United States.

Because Hawaii is not a coffee-growing region, many planting initiatives put the islands on the global coffee map at first.

On January 21, 1813, a Spaniard called Francisco de Paula y Marin, who was cultivating coffee on the island of Oahu, brought coffee to the island of Hawaii for the first time. Many trees, such as grapes, sugar cane, mango, and pineapple, have been successfully cultivated on the Hawaiian islands… But no one knew what happened to these early coffee trees at the time.

John Wilkinson, a British botanist who came to Hawaii on the battleship HMS Blonde under Captain Lord Byron in 1825, planted coffee trees native to Brazil in Manoa Valley and Oahu.

Unfortunately, Wilkinson died in March 1827, and the coffee trees of this generation did not farewell. British Consul Richard Carlton grew some coffee in Manila about this time.

After many efforts, the coffee tree chose Hawaii!

When Reverend Samuel Ruggles (an American missionary to Hawaii in 1820) traveled from Hilo in the east to the church of Kealakekua in the west in July 1828, he planted the first coffee tree on the Kona district of Hawaii’s Big Island. These coffee trees grew and flourished throughout time, becoming the most successful milestone in growing Hawaii’s original coffee plants.

On coffee labels, you’ve probably seen phrases like ‘Peaberry Kona Coffee’ and ‘Tanzanian Peaberry.’ These coffees are extremely popular among gourmet coffee drinkers and are significantly more expensive than regular coffee. Whereas a half-pound (8 oz.) of it costs around $25, peaberry versions of the same coffee are usually $5-$10 more expensive. But exactly what is peaberry coffee? Is it superior to regular coffee?

Growing coffee is a family tradition in Hawaii, and many Kona coffee locations have been passed down for five generations. Not only Kona but the entire state of Hawaii is blessed with a climate conducive to the growth of coffee trees. Because most of the coffees cultivated in Hawaii are certified as organic coffee or coffee grown in the shade, residents in Hawaii have developed cultural traditions centered on environmental conservation, the sea, and the island landscape.

One reason people think it is better than the rest is because of its delicious, distinct flavor. When pure Kona coffee is successfully roasted, it has a bright, clean taste with hints of different flavors such as honey, brown sugar, fruit, and milk chocolate.

In addition, the coffee can have almost spicy wine notes. The flavors are harmonious, and nothing stands out more than the others. It has a pleasant lingering aftertaste that reminds me of nuts and citrus, which accounts for its slight acidity.

The aroma of coffee is also appealing. It tastes like a delicious combination of butter, cocoa, and caramel.

The balance of taste, aftertaste, and scent creates an unforgettable coffee-drinking experience. It’s worth noting that this experience only applies to drinking pure Kona coffee, not the cheap blends found in grocery stores.

Coffee products with a Kona percentage of 10% are not pure. They are made up of 0 to 10% Kona coffee and another coffee from another part of the world. The reason sellers do this is to capitalize on the well-known Kona brand.

Unfortunately, the use of lower-quality coffee dilutes the flavors you’d expect from a cup of Kona coffee. It won’t taste as rich or as smooth in your mouth.

When you drink pure Kona coffee, you can be certain that the beans chosen were the best of the crop, with no bitter, unripe, or diseased coffee beans making their way into your cup. You can also be confident that the clean process allowed the beans’ natural flavors to shine through.

With so many safeguards and quality assurance standards in place, it’s no surprise that it is among the most expensive in the world. Its production also contributes significantly to its costs.

Harvesting it is a time-consuming process because the coffee cherries are hand-picked. Farmers use machines to shake coffee trees to release ripe, over-ripe, and under-ripe cherries, which can cause a cup of coffee to taste bitter rather than mild or sweet.

Farmers in Kona select only the best red coffee cherries from the same trees over a period of months. They also sort them by grade or size, as well as dry-processed beans. Farmers and retailers can sell the beans roasted and hand-packaged.

Farmers and laborers are paid more for their work than coffee workers in Ethiopia or Guatemala, two of the world’s leading coffee-producing countries.

Hawaii (or, more precisely, Kona) has its coffee grading system, which is separated into grade 1 and grade 2 based on the size of the beans. Type 1 coffee beans have two beans per berry, but Class 2 coffees have only peaberries (cults).

The giant beans in Category 1 are Kona Extra Fancy, followed by Kona Fancy, Kona Number 1, Kona Select, and Kona Prime.
There are just two types in category 2: the larger Kona Number 1 Peaberry and the smaller Kona Peaberry Prime.
There are maximum fault criteria in each category, although they are rather extensive and are not a valid measure of quality on their own.

The Kona region on the Big Island is the most famous coffee-growing region in Hawaii and one of the most famous in the world. The area’s long history of coffee cultivation has solidified its reputation, but it has also resulted in the widespread availability of imitation Kona in the market. According to island law, any Kona mix must list the amount of Kona it contains, and the use of the ‘100 percent Kona trademark is strictly regulated.

In North and South, the Big Island’s region now has over 800 coffee farms. Coffee estates can be found on the slopes of two volcanoes, Hualalai and Mauna Loa. With rich mineral-volcanic soil, dark skies, minimal wind, and a tree-covered habitat in the highlands, the climate of Kona is favored by nature. Allowing coffee trees to create the best flavors.

While Kona is grown on the Big Island’s western slopes. Kauai coffee is farmed mostly on the volcano’s southern slopes. The climate is very similar to that of the Kona area. With mineral-rich volcanic soil that is cloud-covered.

Plantations of coffee The Kauai Company farms roughly 3,100 hectares of coffee trees on former sugarcane land at a relatively low elevation. The majority of Kauai’s coffee is wet-processed or honey-processed.

The majority of the coffee varietals grown on Kauai and the Hawaiian Islands, in general, are Brazilian Golden Catuai varieties. Others include Guatemalan varieties, Brazilian Red Catuai, Central American Mundo Novo varieties, and Blue Mountain variants (from Jamaica).

A single region controls the reputation of Hawaiian coffee. Kona, has displaced trees from other parts of the Big Island, including Kau, Puna, and Hamakua. Like Oahu, Maui, and Molokai, other islands also grow coffee and are well worth visiting.