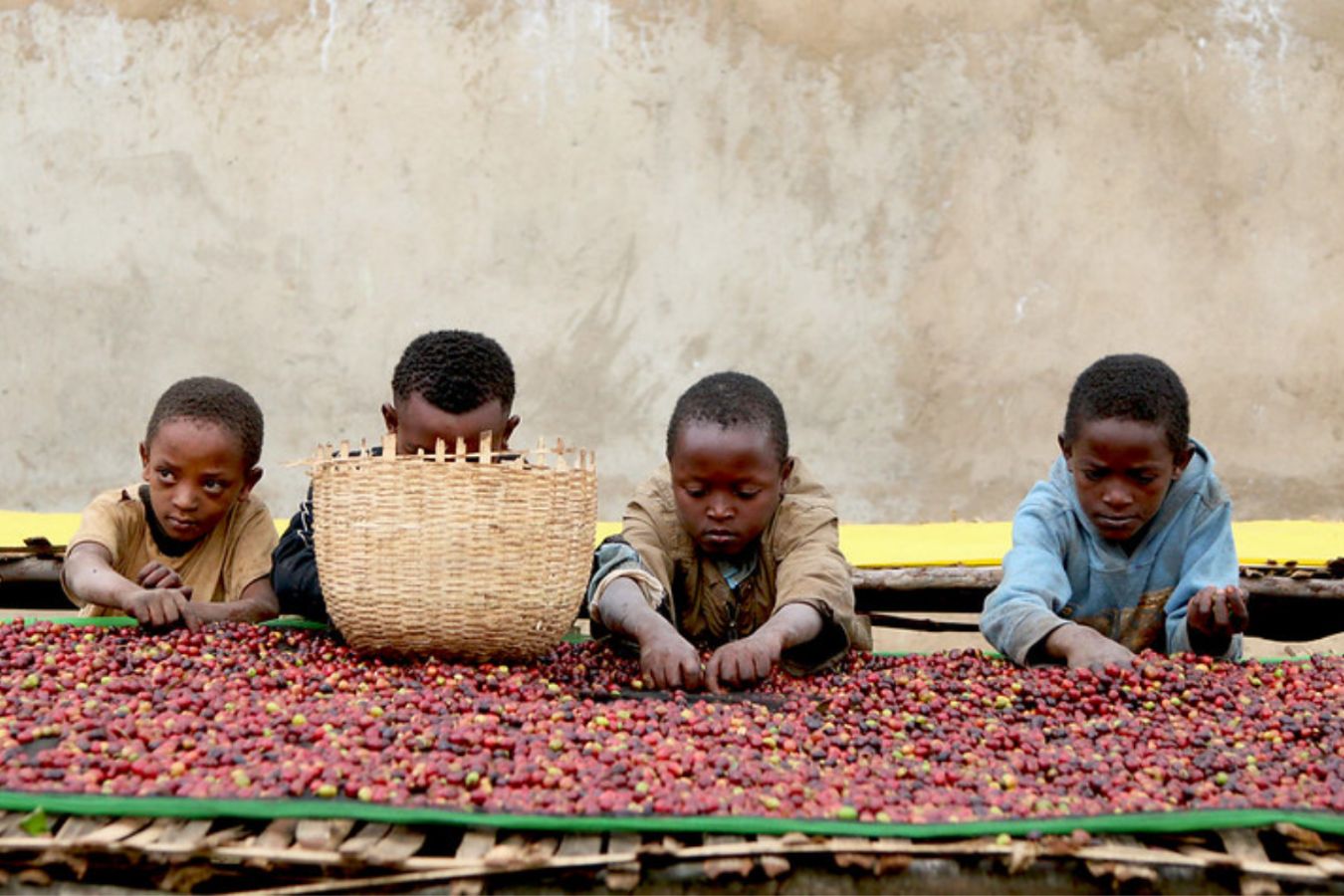 The Variety Of Coffee In Ethiopia: Of all the coffee-producing countries, Ethiopia is perhaps the most attractive. Its appeal stems not only from its extraordinary coffee but also from the mystery that pervades so much covered in this country. Explosive floral and fruity coffees from coffee Ethiopia have opened the eyes of many coffee professionals to the variety of flavors coffee can have.

The coffee tree was not present in Ethiopia the way the colonists and imperialists brought it to colonies in Central – South America. Instead, farming, processing, and enjoying coffee is part of everyday life and has a centuries-old history in Ethiopia, wild coffee trees have been found in the forests of the Southwest country before being planted for use in religious ceremonies before being exported.

Ethiopia is considered the birthplace of coffee. Here it was first consumed by humans, initially as a fruit rather than a beverage. Yemen was the first country to grow coffee as a “crop” but it was harvested from the natural forests of Ethiopia long before that.

Coffee was probably first exported from Ethiopia in the 1600s. Interest from European traders was initially denied and then waned as coffee plantations began to appear in Yemen, Java, and finally the Americas. Coffee production in Ethiopia at that time was mainly from wild coffee trees growing in the Kaffa and Buno districts, not from plantations.

According to The World Atlas of Coffee, interest returned to Ethiopian coffee in the early 1800s, from a “record” export of one hundred quintals of coffee. In the 19th century, there were two popular Ethiopian coffees: Harari (grown around the town of Harrar) and Abyssinia (grown from the rest of the country). For this reason, Harrar has enjoyed a long reputation for being desirable and of high quality.

In 1991, after experiencing some persistent political upheaval (involving the coup d’etat from 1957), Ethiopia began a process of liberalization and led the country towards democracy. International markets have opened up for Ethiopia, but with that comes the impact of fluctuating market prices. Coffee farmers in Ethiopia in particular have had to deal with large uncontrollable price fluctuations.

This has led to the formation of cooperatives, which provide support to their members, such as funding, market information, and transportation. Today Ethiopia is the 5th largest coffee-growing country in the world, the following information was compiled by CafeImports in 2017.

Most Ethiopian coffee is grown by smallholders and then processed at “co-op farmers‘ coffee batches to be weighed & processed before exporting. This way the coffee has more traceability at the farmhouse level and is sold more easily

The diversity of Ethiopian coffee species

As mentioned, the Ethiopian coffee tree originated in tropical rainforest regions before becoming part of the culture and beliefs of this country. Genetic research shows that the wild forests of Ethiopia, are storing 95% of coffee genetic resources.

There are about 40 varieties of such coffee. Indigenous coffee, on the other hand, is the type of coffee that grows wild in the forests of Ethiopia. It is estimated that there are more than 10,000 varieties of Arabica coffee among these.

Currently, there are an estimated 6010 varieties of coffee that grow naturally in the highlands of Ethiopia, based entirely on a random blend of indigenous varieties through cross-pollination.

Besides its rich biological origin, coffee also has an important place in this country’s culture. Coffee ceremonies are a part of Ethiopia’s annual life and date back centuries. Every morning the woman in the family roasts fresh coffee on a clay pot along with spices…

The freshly roasted coffee beans are finely ground, carefully roasted, and placed in a clay pot traditional (Jebena) to boil on the stove. Coffee when boiling is poured into cups for everyone.

In Ethiopia, people consider their coffee a part of life. “Every morning, families conduct a coffee ceremony – an ancient ritual that involves roasting, grinding, brewing, and serving coffee. Here, coffee has also been grown in the same way for generations” – Rena Effendi of National Geographic.

One of the other unique aspects of Ethiopian coffee production is its very high domestic consumption because coffee plays a very important role in the daily lives of Ethiopians: About half of The country’s annual (6.5 million bags) is consumed at home, with about 3.5 million bags exported.

There are three large and famous coffee-producing regions in Ethiopia: Harar, Yirgacheffe, and Sidam, each consisting of many smaller regions and with its unique flavor and processing method. But in general, they are all highly appreciated in the market.

Harar is located in the eastern highlands of Ethiopia (1,500–2,100m). This is one of the oldest coffee regions in Ethiopia (as well as in the world) that still cultivate coffee. The pods of the coffee beans are used in a traditional regional tea called hasher-qahwa.

Unlike some other coffee-producing regions in Ethiopia, instead of being concentrated wet processing in the Microregions (coffee processing stations), Harar coffee is grown in more arid conditions and processed naturally (dried).

Contrary to Harar, Yirgacheffe is a wet-processed coffee region with coffee groves planted at altitudes between 1,700 and 2,200 meters above sea level.

It is one of the highest coffee regions in southern Ethiopia. With a high above Yirgacheffe coffee qualifies for Strictly Hard Gown (SHG) / (SHB) coffee. Conditions allow the coffee plant to grow slowly so that the plant can accumulate nutrients in the beans and develop the best flavor.

Rated as one of the world’s best coffees from Ethiopia, Yirgacheffe coffee is second only to Harar coffee – and above many other coffee varieties in the world. Characteristically citrusy and fruity with a bright texture that is well-balanced with mild sweetness.

Sidama is one of three regions (along with Harrar and Yirgacheffe) that the Ethiopian government trademarked in 2004 to bring wider recognition to their distinctive coffees. At an altitude of 1,400–2,200m, the indigenous coffee trees of this region are characterized by intensely aromatic and fruity flavors that are wet-processed and naturally processed.

This area is named after the Sidama people, but it is often referred to as Sidamo in coffee circles. In recent years, there have been several movements to reject the name Sidamo, as it is considered offensive. However, it is something of a brand and ingrained in the industry. For this reason, both Sidamo and Sidama are used to describe regional coffees.