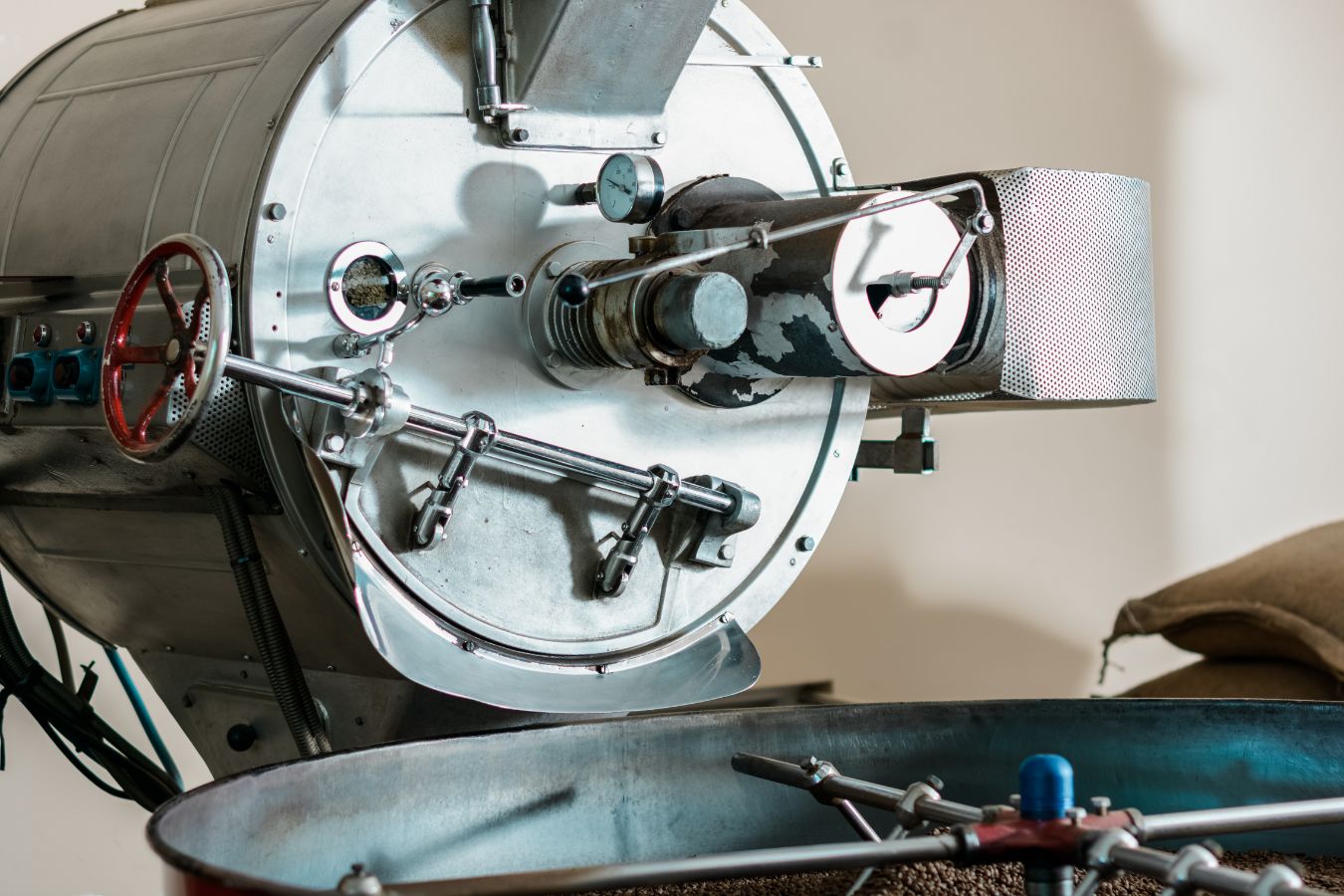 In the industrial period, coffee roasters

Various patents for commercial roasters were granted in the United States and Europe in the nineteenth century, allowing enormous batches of coffee to be roasted. Home roasting, on the other hand, is still highly popular. “Selling roasted coffee beans is bad business, as most people roast their coffee at home,” argues James H.

Forbes in his early days of roasting and selling coffee in a retail store in St. Louis, Missouri (before becoming a coffee mogul in the United States). People bought coffee for twenty cents and roasted it themselves, whereas we sell “pre-roasted” coffee for twenty-five cents and have to explain its quality and taste.”

The initial decades of the nineteenth century were seen as a golden period of innovation in all industries, from dairy farming to textiles and papermaking, with new technology that decreased labor costs while increasing skill levels. Coffee is no exception to this trend of increased specialization.

Richard Evans patented the first large-scale commercial coffee roaster in England in 1824, marking a watershed moment in the industry. Aside from its size, this commercial-shaped roaster contains several first-of-its-kind features, such as a mechanism for simply removing the entire coffee from the roasting chamber. A sampling tube is also provided, which monitors the beans throughout the roasting process, which is vital in pursuing quality.

However, there are few French coffee roasting inventions in Europe; most are preoccupied with producing aesthetic coffee manufacturing gear (roasting coffee). In France, coffee grinding is not a separate company.) Meanwhile, in the United Kingdom and the United States, inventors worked to improve coffee roasting by developing commercial-grade coffee roasters. Deep thought applied in this direction was destined to produce fruit in America in 1846 and England in 1847-48.

James W. Carter’s 1846 drawing of a separate roaster
James W. Carter of Boston patented the idea for the pull-out roaster in 1846, a prototype chosen by commercial roasters for the next two decades. The Carter roaster consists of a hand-rotated iron drum of a vast wine barrel attached to a kiln. However, there is one significant difference: loading and unloading the coffee is accomplished by removing the entire drum from the oven and opening a side door.

Water had to be poured into the roaster to lessen the heat, then the coffee was immediately snatched up, sprayed all over the place, and surrounded in steam before Carter rectified the problem. This way, roasting can be halted while the heat source is maintained, and batches can be produced more quickly.

Following Carter, William and Elizabeth Dakin in England were granted the following coffee roaster patent of 1847-48. The Dakin roaster features a structure on top that looks like a horizontal cylinder and can be slid horizontally to get in and out of the roaster instead of placing the coffee container over the fire. The flame will only heat the outside of the cylinder chamber, not the cylinder itself. Roasters may have felt more at ease at work, but Dakin has not had the same level of commercial success.

The father of the modern roaster, Jabez Burns

Although Jabez Burns, the indisputable inventor of the modern commercial coffee roaster, was born in London, he eventually relocated his headquarters to New York.

The Burns coffee roaster was given a US patent in 1864 by Jabez Burns. This was the first machine to discharge roasted coffee without moving away from the fire, and it left one of the most enduring imprints on the history of coffee roasting equipment.

Burns coffee roasters have two significant advancements over prior models, both of which may be found in modern rotary drum roasters. The first is a set of spiral metal rims on the interior of the roasting drum, which is effectively modified by Archimedes screws.

The screw-mounted boundaries continually direct the movement of coffee beans back and forth over the length of the roasting drum, assisting in the distribution of heat uniformly around the beans and allowing the coffee to be readily removed in one location. The drum head burns without the entire framework moving.

Burns’ second breakthrough was in the field of post-roasting chilling (he was one of the pioneers).

In an 1867 design, he used a perforated floor system to pull air to cool the coffee after roasting, speeding up the cooling process and, no doubt, enhancing product quality. Modern drum roasters all use the same principle and are equipped with a cooling tray.

Jabez Burns received a US patent for a coffee cooler in 1867. Burns also began research into the chilling of coffee after it has been roasted. Various ways were employed before Burns established its importance in rapid cooling, including placing the coffee in revolving drums covered with fabric (to filter out dirt). However, it was also successful when pressure was applied.

However, used correctly, Burns’ concept was to use suction to create a breeze that travels through the coffee layer from the top, and this method is being used today.

Commercial roasters have made significant progress

During this time, in addition to investigating the roasting process, the search for fuel boiled over. Coal was used to heat early industrial roasters (smoke certainly contributed part of the flavor to the coffee). Until the mid-nineteenth century, natural gas, which was smokeless and simpler to manage, was embraced in European and American towns. From the 1880s forward, most commercial roaster manufacturers turned to making gas models.

Through Probat’s ‘Perfekt’ roaster design, debuted in 1907, the blueprint for the contemporary roaster was more or less fully delineated by the turn of the twentieth century. These industrial achievements came to the field of “benign” coffee roasting earlier on the battlefields of World War II, with the horizontal cylindrical roaster drum, operated with precision High precision and hot air heating with a cyclone system that assists in cooling and removing burnt shells.

These industrial achievements came to the field of “benign” coffee roasting earlier on the battlefields of World War II at the time.

Throughout the twentieth century, roasters received far-reaching improvements in coffee roasting efficiency (but only minor changes in the basic design). The two most essential variables in enhancing coffee quality are the introduction of the double drum (drum) double-layer roasting) and indirect heat transfer.

A gas flame heats a direct-fired roaster from below, with an upper exhaust sucking smoke, steam, and any other by-products out of the drum. In the meantime, indirectly heated roasters circulate hot air through the roasting drum. This means the drum will be significantly more relaxed than if it were heated directly, and the hot air will be circulated in a recirculation current to compensate for the heat.

This cost-effective technology allows a percentage of the hot exhaust gas to be recycled back into the roasting chamber, assisting in maintaining a more consistent drum internal temperature and reducing the risk of grain scorch.

The coffee roasting business adapted and took full advantage of electricity when electrical power became more widely available at the turn of the twentieth century. The electric motor has helped free up human labor in operating the drum.

Thanks to the thermoelectric sensor’s ease of control, roasting is done more consistently than ever before and with less risk. Roasters can now adjust the temperature in the digits for the first time with better energy regeneration.