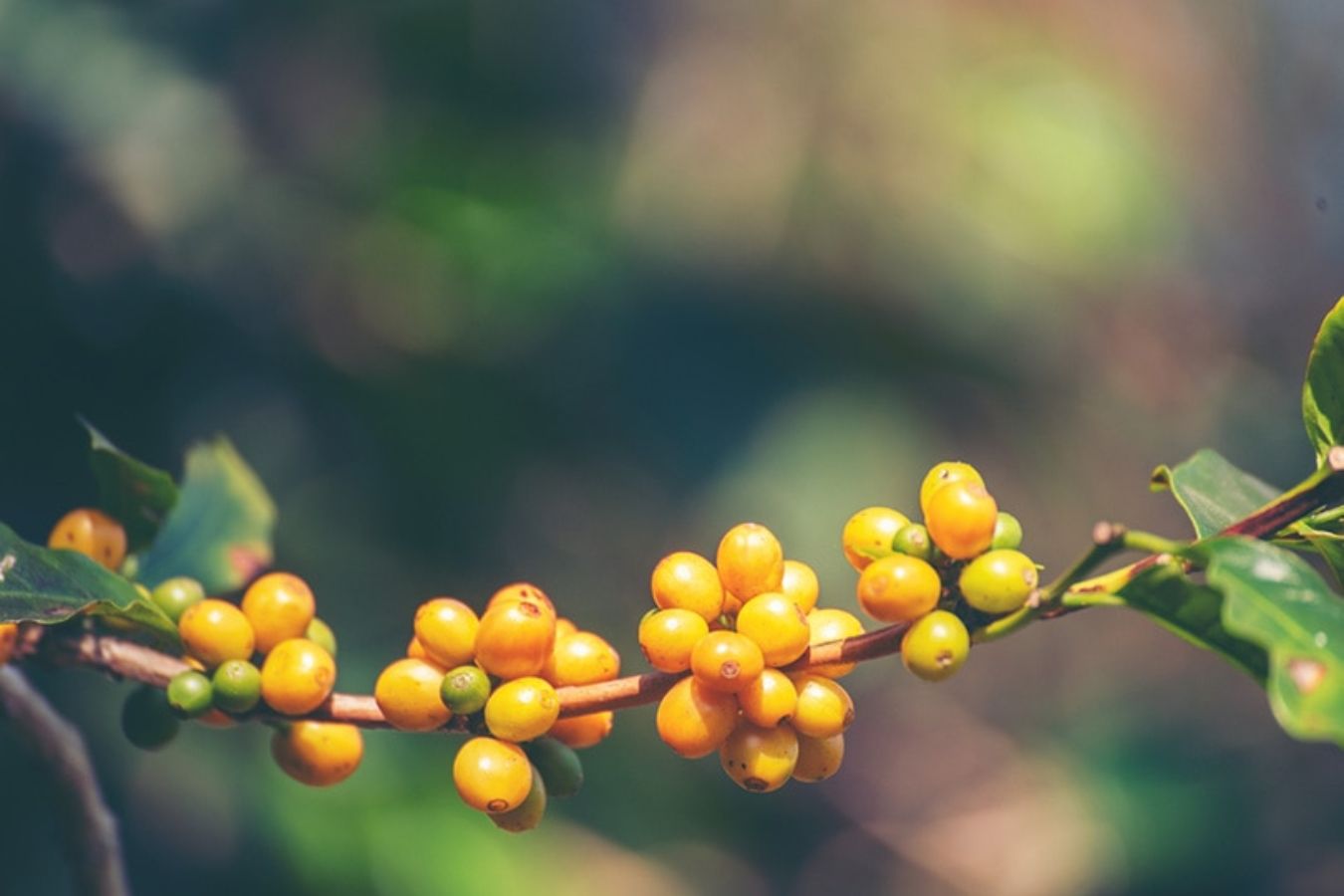 Before 1789, Arabica Bourbon was manufactured on Réunion (previously Bourbon Island). This is also why Bourbon is the name given to this Arabica varietal. This coffee varietal was then imported to France and cultivated in Africa and Latin America.

In 1860, Arabica Bourbon was first planted in Brazil, and it swiftly expanded throughout Central and South America. It was cultivated here to produce Bourbon-derived types that were planted from India to Ethiopia. Arabica Bourbon is almost completely displaced by bourbon from the United States today.

This Arabica Bourbon coffee varietal thrives at elevations between 1,100 and 2,000 meters above sea level. Although the fruit yield per tree is 20% to 30% more than Typica, the coffee quality is comparable. Arabica Bourbon can be sold to some extent with that production. This coffee type, however, is susceptible to the majority of coffee tree diseases.

The quality of Arabica Bourbon beans is frequently rated as excellent, and customers readily accept them. However, because of its low resistance to pests and illnesses, this variety is not popular with gardeners.

According to worldcoffeereseach.org, Arabica Bourbon trees are tall with green foliage and medium-sized beans (2/4). From 1,100m to 1,600m is the ideal height for plants to thrive and produce high-quality coffee. The quality of this Bourbon cultivar is highly praised when grown at the proper height: 4/5 points. However, when compared to other Arabica types commonly utilized in the market, the Bourbon variety yields just 2/5, compared to 3/5 for Caturra and 3/5 for SL28.

Rust (on leaves), fruit, and root pests have a low tolerance. Despite its outstanding quality and taste, Arabica Bourbon is not the favorite choice of growers.

Arabica Every year, Bourbon coffee plants give fruit. The second-year can already bear fruit from the time of planting. However, the fourth year is required in order to have high-quality coffee beans and be able to roast them.

When it comes to coffees bean shapes, one of the distinguishing features of Arabica Bourbon is that the beans are more rounded in shape than Typica and other Arabica kinds.

The French cultivate Bourbon coffee trees in Vietnam’s Da Lat region. Perhaps you’ve heard of Moka coffee before (or Moka Cau Dat). Moka coffee is classified as Arabica Bourbon or Arabica Typica by some. However, it is true that today’s raw material areas, such as Cau Dat and the surrounding territories, are primarily planted with Arabica Catimor.

This coffee variety is a cross between Carturra (an Arabica coffees variation) and Timor (Robusta variety). Arabica Catimor is more disease resistant and yields more. But it lacks the flavor of Bourbon and Typica types.

Bourbon coffee beans is characterized by its buttery flavor, nuttiness, and silky texture. It has a low acidity and a medium body. But perhaps the most appealing feature of Bourbon coffee is that it is sweeter than other varieties, such as those from Ethiopia, which can be quite earthy. Bourbon coffee taste: Coffee Bourbon also has a chocolate flavor.

Certain fruit notes, such as fig and cherry, can be discerned when roasted lightly. Overall, this bean produces a bright and colorful cup that will wow your senses of taste and smell while also providing a satisfying texture. It’s easy to swallow and won’t disturb your stomach.